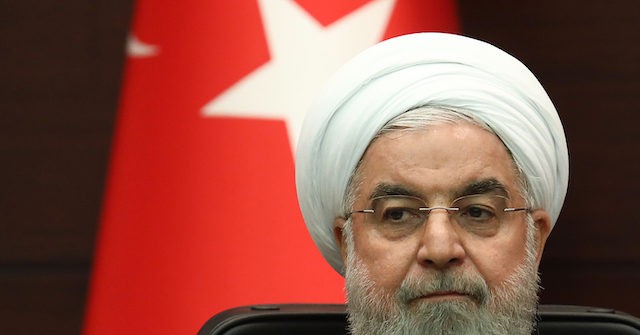 The South Korean Foreign Ministry announced on Tuesday that $7 billion in Iranian assets, frozen in two South Korean banks due to U.S. sanctions since September 2019, would be released to Iran following “consultations” with the Biden administration.

“Our government has been in talks with Iran about ways to use the frozen assets, and the Iran side has expressed its consent to the proposals we have made. The actual unfreezing of the assets will be carried out through consultations with related countries, including the United States,” the South Korean Foreign Ministry said. The exact details of the financial transfer were not disclosed.

The Korea Times reported the Foreign Ministry was in talks with Washington last month about unfreezing some of the money to pay Iran’s dues to the United Nations, and possibly to use some of the funds to purchase “humanitarian items such as medicine and medical equipment” from a Swiss organization.

The Korea Times, i24 News, Yonhap News, and other outlets speculated as to a possible connection between the release of funds and Iran’s kidnapping of a South Korean oil tanker and its crew from the Persian Gulf last month. Iranian officials repeatedly linked the release of the ship and crew to South Korea unfreezing the $7 billion in frozen oil revenue.

“Early this month, Tehran said it would release the sailors, except for the captain, which coincided with Seoul’s confirmation on the progress in the talks with Washington about using the frozen money for the U.N. dues,” Yonhap noted.

i24 described Iran’s seizure of the South Korean tanker as a “massive gamble” that “may have just paid off.”

The Jerusalem Post called the $7 billion score “another win for Iran” under the new U.S. administration. Tehran has also been “wringing concessions from Europe, as well as the IAEA [International Atomic Energy Agency],” while simultaneously “using proxies in Iraq and Yemen to attack U.S. partners and allies.”

The Jerusalem Post cited reports that Iran is seeking unspecified “damages” from South Korea for the time its assets were frozen.

Bloomberg News reported on Tuesday that Iran is seeking to unfreeze additional funds held in Japan, Iraq, and Oman.

Iranian state media was far from gracious in reporting the agreement to release Tehran’s funds, quoting Iranian President Hassan Rouhani and Central Bank of Iran Governor Abdolnaser Hemmati hectoring the South Koreans about their “illegal” policies and complaining the money was not released sooner.

“A year and a half ago, I had talks with South Korean officials, including the Deputy Prime Minister and Minister of Economy, about this issue, and they promised assistance and cooperation, which unfortunately were not realized,” Hemmati said.

Rouhani and Hemmati repeated Iran’s persistent claims that it only wants the frozen money to buy food and medicine during the coronavirus crisis, a pretense the South Korean government is apparently willing to indulge.

Iran has been spending fabulous sums on developing new weapons, setting up missile launch sites to threaten the Persian Gulf, enriching uranium, and supporting its terrorist proxies in theaters like Yemen and Iraq, squandering billions that could have been spent on humanitarian supplies with the sanctions imposed by the Trump administration.