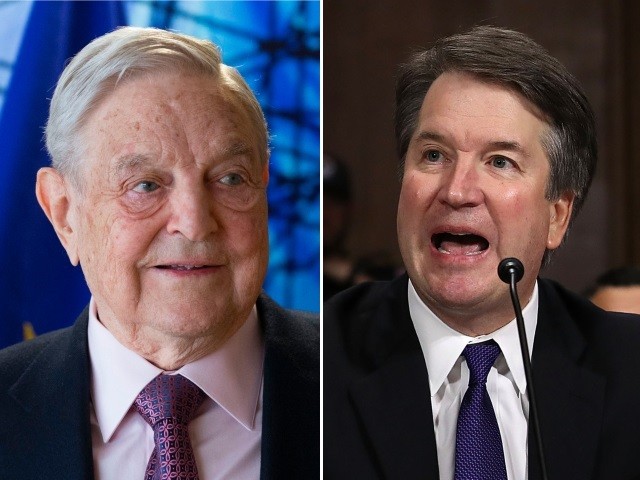 Activist Robert Reich, who served as Bill Clinton’s Secretary of Labor, sent out a blast email on behalf of MoveOn.org on Thursday asking for donations to fund “MoveOn’s emergency campaign to stop Brett Kavanaugh.”

In the email, MoveOn.org, which has been massively backed by billionaire George Soros, warned the group’s anti-Kavanaugh plot is set to include “direct actions in Washington, D.C., at Senate office buildings, including busing in constituents from key states.”

The radical organization also wrote in the email it was planning to:

Escalate pressure on key senators, especially Susan Collins. Collins is the key swing vote in this process, and MoveOn is continuing to lift up stories from her constituents, support direct actions in Maine, and purchase ads in her state calling for her to stand with survivors, defend reproductive rights, and stop Kavanaugh.

Hold Republicans accountable. We will not forget their party’s actions at last week’s hearing, their unwavering support for Kavanaugh, and their attempts to discredit Dr. Blasey Ford and others when we head to the ballot box in five weeks. Ending GOP control of Congress and electing people who believe survivors. We will end GOP control of Congress and elect people who believe survivors and listen to women—because the fight for our fundamental rights is essential.

“Will you chip in $3 right now and help support MoveOn’s emergency campaign to stop Brett Kavanaugh?” the email asked.

“If this isn’t a sham investigation, I don’t know what is,” Reich wrote of the wrapped-up FBI investigation which Democrats themselves had demanded despite the Senate already taking statements from key individuals.

“In less than a week, Trump, McConnell, and Kavanaugh have managed to make a mockery of the Senate, the FBI, and the Supreme Court,” Reich complained.

The ideologue did not mention accusations that the ranking member of the Senate Judiciary Committee, Sen. Dianne Feinstein (D-CA), deliberately held back for weeks Christine Blasey Ford’s allegation and then deployed the charges for political purposes.

“Beyond that, this charade is an insult to the women of America,” Reich added, failing to mention that the news media’s publication of Ford’s name seemingly doxed Kavanaugh’s female accuser against her wishes.

MoveOn.org has taken center stage in opposing Kavanaugh, leading a #StopKavanaugh campaign aimed at mobilizing supporters to call their senators in opposition to Kavanaugh’s nomination.