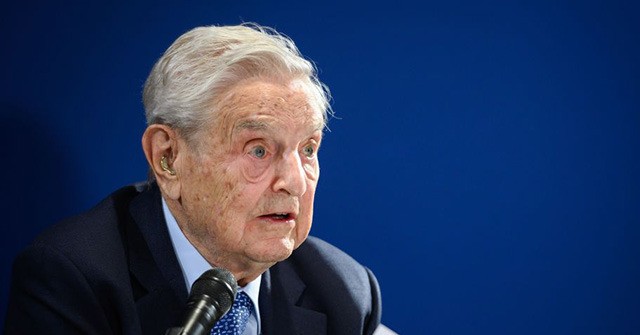 Democrat mega-donors like Laurene Powell Jobs, Reid Hoffman, and George Soros teamed up to fund the Good Information Inc. start-up at its launch in 2021.

The new project, “Good Information Inc.,” will be led by Democrat party strategist Tara McGowan, and according to Axios, “aims to fund and scale businesses that cut through echo chambers with fact-based information.”

McGowan has been at the top of multiple companies with financial ties to Soros and Jobs. Before running Good Information Inc., the democrat operative ran ACRONYM and Courier Newsroom.

ACRONYM, with the help of funding from Powell Jobs, also operated Courier Newsroom, a network of left-wing media websites posing as local news sources. Courier, which has been accused of peddling “hyperlocal partisan propaganda,” is now owned by Good Information Inc. after being acquired from ACRONYM for an undisclosed sum.

ACRONYM is notorious for funding Shadow Inc., the Democrat Party-contracted firm that delayed reporting during the Iowa caucus.

Before Di Mezzo worked as the Lincoln Project’s national press secretary and senior digital strategist, he worked for the Democrat Party of Vermont as communications director.

These men approached @GlennYoungkin’s bus as it pulled up saying what sounded like, “We’re all in for Glenn.” Here they are standing in front of the bus as his campaign event at Guadalajara started.@NBC29 pic.twitter.com/l681ejyBjc

Di Mezzo worked with the Lincoln Project during its tiki torch hoax, in which operatives attempted to link Virginia Gov. Glenn Youngkin to white supremacists in the days leading up to Youngkin’s election.