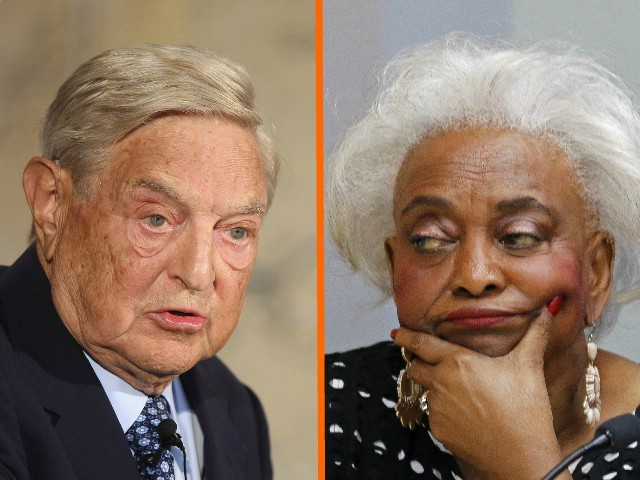 A coalition of organizations financed by billionaire activist George Soros successfully intervened in a lawsuit against Broward County Elections Supervisor Brenda Snipes in a case involving ballots counted by Snipes’ office after the official deadline had passed.

The judge in the case ultimately rejected an emergency motion for a temporary injunction filed by Gov. Rick Scott’s legal team regarding ballots that were purportedly cast in time but were not included in the first count by Broward County before the deadline for those ballots to be counted. Scott is facing a recount battle in his Senatorial race against Sen. Bill Nelson.

Scott’s campaign had sued Snipes in the case. Notably, the interveners opposing Scott in the case against Snipes were the League of Women Voters and Brennan Center for Justice at the New York University Law School, two organizations financed by Soros. Helping in the case was Common Cause, which is also financed by Soros’s Open Society Foundations. An intervener allows a non-party to join an ongoing lawsuit.

Common Cause took to Twitter to declare victory in the case:

A win for all voters in Florida!

The work continues. Today it was a lawsuit. Tomorrow it will be recruiting nonpartisan volunteers to observe the #FloridaRecount. We won’t stop until we #CountEveryVote in #Florida and everywhere else.https://t.co/8JbyG8J0Y6 pic.twitter.com/c9O3hF23UC

The League of Women Voters purports to be “nonpartisan, neither supporting nor opposing candidates or political parties at any level of government, but always working on vital issues of concern to members and the public.” Capital Research charges the group has evidenced a “major flirtation with the Democratic Party.” The League documents its funding from Soros’s Open Society Institute.

The Brennan Center for Justice at New York University Law School is a liberal policy institute that says it “focuses on the fundamental issues of democracy and justice.” It has been the recipient of numerous grants from Soros’s Open Society Foundations totaling over $7,466,000 from 2000 to 2010 alone.

Myrna Perez and Jonathan Brater of the Brennan Center provided councel in the case, while the League of Women Voters intervened together with Joanne Lynch Aye, a Broward voter.

In his order denying Scott’s request for an injunction, Judge Jack Tuter wrote that he made the decision after reviewing arguments from Scott’s team as well as responses filed by the “intervener(s)” –  the Soros-funded groups in question.

Common Cause issued a press release celebrating Tuter’s ruling and quoting leaders from its own group as well as from the Soros-funded Brennan Center and League of Women Voters organizations.

“This is a win for Florida voters because counting every eligible vote is how democracy is supposed to work,” stated Common Cause Executive Director Anjenys Gonzalez-Eilert. “Tossing out timely ballots would have been a gross injustice and this ruling will restore the faith of voters in the process.”

“This is a victory for democracy, and most important, for the people of Florida,” Patricia Brigham, president of the League of Women Voters of Florida, was quoted saying. “Voters who cast their ballots on time deserve to have their voices heard.”

“We had a senate campaign attempt to recklessly and improperly reject the voices of eligible voters during the ballot counting process, and today, those shameful attempts were beaten back,” claimed Myrna Pérez, deputy director of the Brennan Center’s Democracy Program and head of the organization’s voting rights project. “We’re proud to represent the people of Florida to ensure their rights are upheld, their voices are heard, and their will at the ballot box is protected.”

In the case, the interveners argued that their interests were separate from those of Snipes, and noted that she “failed” to ensure ballots were counted on time.

“Because the Supervisor failed to ensure that all valid ballots were included in the first unofficial count, the Supervisor could be subject to significant public and financial pressure to resolve this litigation in a manner adverse to the interests of the Intervenors,” the interveners wrote.

The lawsuit does not mark the only involvement of some of these organizations in the Florida recount ordeal.

Last Saturday, the League of Women Voters and Common Cause threatened to take Scott to court if he didn’t recuse himself from the state’s recount, which includes his own Senatorial election.

Earlier this week, Scott announced he will recuse himself from his role on the Florida Canvassing Board, which is slated to certify the results of his Senatorial election on Tuesday.