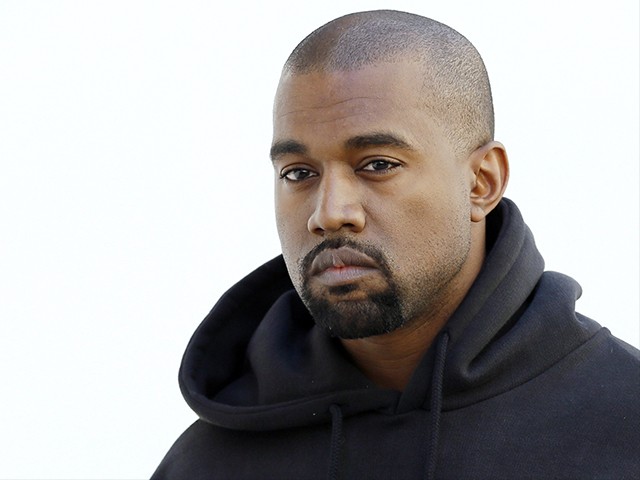 In this age of political treachery and dishonesty, I need to start this article with a qualifier. When it comes to Kanye West, he never had to change for me. I’ve been mixing conservative intellect with Hip Hop culture for the last seven years. I’ve devoted DidSheSayThat.com, DidSheSayThat podcast, and Sonnie’s Corner on SiriusXM Patriot (my three platforms) to this endeavor.

So when I talk about Kanye West and the treatment he is now receiving from conservative and Republican circles, this is the lens through which I view the discussion. I know that y’all are full of shit.

And I do not want to attach this explanation to any conversation involving Kanye West currently being had on the right. Don’t put me in your shit.

However, from the beginning I’ve said that Kanye West never had to change for me. The message delivered by Kanye West last weekend on Saturday Night Live has been layered throughout his music since his debut album, The College Dropout, where he was warning us about racking up debt in college instead of pursing our dreams now. Kanye West has always had a conservative economic message, along with most of the people involved in Hip Hop culture. The two concepts merge beautifully.

When Kanye’s “slavery was a choice” comments came out, I put on the song “Swagga Like Us” featuring Kanye, Jay-Z, T.I., and Lil Wayne, where Kanye’s contribution to the lyrics includes the line “Because I slaved my whole life, now I’m the master.” His message today is nothing that he hasn’t said before in his art form. But conservatives and Republicans don’t think it’s an art form or that its message has any value — hell, they don’t think it’s even music. But let Kanye say the same message in a MAGA hat and all of a sudden he’s a genius. Like I said, you are full of shit.

Now conservatives and Republicans are thrown aback by Kanye West’s latest tweet stating that “the 13th Amendment is slavery in disguise meaning it never ended[.] We are the solution that heals.”

The irony is absolutely delicious. Republicans have been using the fact that Republican president Abraham Lincoln freed the slaves and the Republican Party passed the 13th, 14th, and 15th amendments to the Constitutions as their shields against attacks of racism. Now here is Kanye saying those accomplishments weren’t really achieved.

Now, I will be honest. I have no idea what Kanye West meant with this tweet. I’ve watched Kanye West for years. I’m not going to assume ignorance, manipulation, or trolling for the next album sale. I’m sure he’ll explain himself in due time.

The 13th amendment to the Constitution states:

Section 1. Neither slavery nor involuntary servitude, except as a punishment for crime whereof the party shall have been duly convicted, shall exist within the United States, or any place subject to their jurisdiction.

Section 2. Congress shall have power to enforce this article by appropriate legislation.

You can still be forced into slavery or involuntary servitude in America if you are convicted of a crime. Imprisonment, chain gangs, or serving the Clintons when Bill was the Governor of Arkansas — all that is still on the table.

So what happens when an ideology believes it can change human nature with the passing of laws? Laws that turn average American citizens into felons worthy of slavery or involuntary servitude? Progressives believe every problem can be solved by a new law.

Case in point: gun control. Kanye West follows gun control activist Emma Gonzalez, and he and his wife, Kim Kardashian West, brought their children to the March for Gun Control in Washington, DC. More gun control simply means more laws. The more laws passed, the more American citizens will be brought into the slavery and involuntary servitude still allowed by the 13th Amendment.

They know more laws will lock up more people. They know most of those people will be minorities. Yet, they still push for more laws. Conservatives think gun control is just about taking away your guns. It’s not. It’s also about criminalizing and reducing the citizenship status of everyday Americans for what should be a constitutional right.

Democrat cities have the strictest gun laws and the highest criminalization rates, while still producing violent, crime stricken communities. This is not an accident. They look at the crime rate and realize they need more laws. They pass more laws and realize they get more criminals. The more criminals, the more laws are needed to combat this ever-growing problem, and the progressive cycle rolls on.

Conservatives and Republicans will now say that I sound like a progressive playing identity politics. No, this is the actual history of this country.  Progressive Democrat Woodrow Wilson helped to foster this attitude throughout the nation. He invited the KKK to the White House, re-segregated the federal government and military, and said that segregation was a benefit to both races.

The Democrats of the South took Wilson’s message to heart and started passing laws to segregate the races. Blacks and whites couldn’t marry, go to school together, swim in the same pool, or use the same facilities. These reprehensible actions were enforced by law.

The Civil Rights movement gained traction and momentum throughout the South when people like Thurgood Marshall started to use the law as a weapon instead of protest. The schools were desegregated by law. Integration was enforced by law. For good and for bad, progressives have always used the law.

But for the last 40 years, progressive Democrats achieved their political victories either directly or indirectly through judicial activism by the courts. Democrats didn’t pass a law to get abortion; the Supreme Court gave them Roe v. Wade. Democrats didn’t pass a law to get gay marriage; the Supreme Court gave them gay marriage. Even the Democrats’ victory with Obamacare had to be secured by the Court. They passed legislation that should have been ruled un-constitutional, but Chief Justice John Roberts changed the wording of the passed law to keep Obamacare afloat.

This is why we see this circus playing out right now with Judge Brett Kavanaugh’s confirmation. Progressives are scared to death of losing the Supreme Court. They know they aren’t playing within the law; and without judicial activism, they will have a hard time actually passing the laws they need for their domination and power. They’ve already lost their grip on unionization and the Environmental Protection Agency. They can’t afford to lose more of their base.

And before you self-righteous black progressives try to jump in and tell me about how the parties switched sides, I’ve got no problem ripping the Republicans when I find it necessary, but the Clinton Crime Bill was the most detrimental piece of legislation to hit the black community in the last 40 years. It started with progressive Rockefeller’s drug laws in New York City and was exacerbated by the progressive Three-strikes law passed in California. Do not play with me. You did this. Your dependence on the law instead of giving up on your progressive ideology produced this death, poverty, and destruction. In 1996, when Hillary Clinton was defending the Crime Bill, her speech where she called black men “super predators” was in front of the Congressional Black Caucus, and they cheered her on.

Progressive drug laws activated the 13th amendment once again, criminalizing an entire group of Americans and forcing them into the “slavery and involuntary servitude” Kanye West wishes to abolish.

Conservatives and Republican, you have looked at the black community like we are, in fact, criminals. I mean, look at the stats, they back that up, correct? These black communities are under progressive control.  Under the progressives everything is criminalized. That’s how they maintain control and manipulate power.

Let me repeat. They make gun laws, and create criminals. They pass more laws to combat the criminals, only to create more criminals. You take their stats and view us as criminals. We complain about being called criminals, and you tell us to look at the stats. Do you understand the stupidity of that logic? While you and I argue over the stats, you know who walks away with clean hands? The people who passed the laws criminalizing American citizens.

Colin Kaepernick leads a movement about over-criminalization and police brutality. The people who pass the laws that over-criminalize simultaneously control the police that are inflicting the brutality. All of these things happen on the local level. The Clinton’s brought it national, but for the most part, these are all local government issues. Yet, the local level politicians who pass the laws that over-criminalize and control the police inflicting the brutality stand shoulder to shoulder with Colin Kaepernick.

While the conservative and Republican answer to that question is to blame it on Hip Hop culture and the people — you know, other than Kanye — who exist within it, the Progressive Democrats who actually created the nightmare get to sweep in like Captain Save A Hoe and further wreak their destruction on my community.

Kanye never had to change for me, but he should start explaining why the message hasn’t change and why it will continue to be the black community’s salvation.