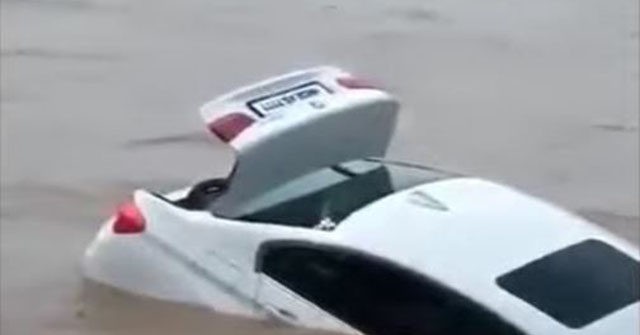 Indian teenager “Akash” wanted a Jaguar for his birthday. When he got a BMW instead, he allegedly pushed the vehicle into a river.

Akash told his parents that the vehicle was too small for him and his friends. He retaliated by sending the car into a current in a Yamunanagar, Haryana state, waterway. It took a crane to retrieve it. The boy’s father was in shock; “I wanted to give my son a birthday present,” he said.

“We could only afford to give him a BMW, while he kept on insisting that he be given a Jaguar,” he continued. “He said the vehicle was too small but we thought he will be okay. We never imagined he would do anything like this.”

“The youth was arrogant and kept insisting that he be given a Jaguar as a BMW is a little small for him and his friends inside,” authorities said. “We would do a preliminary investigation but this seems to be a personal matter. We will proceed according to the law.”

Next year, they might want to consider a bus pass.