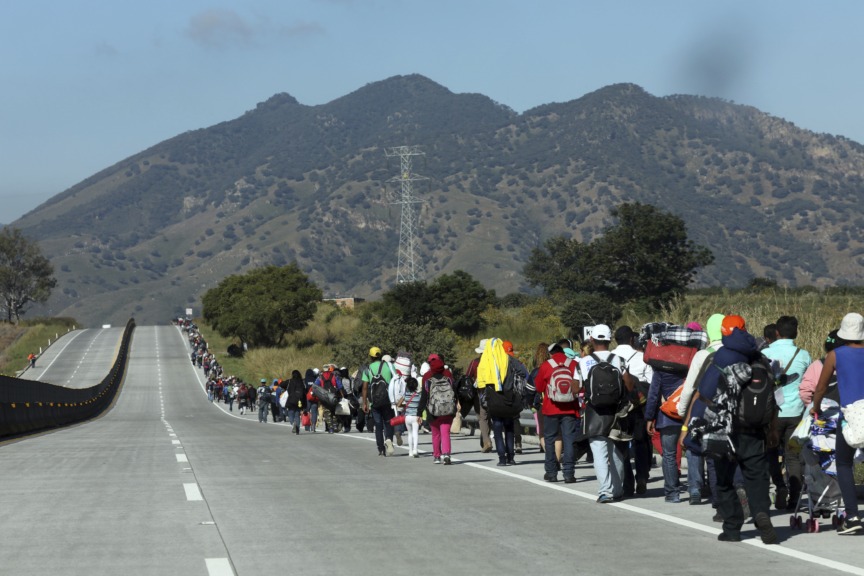 A collection of Central American caravan migrants in Tijuana and some still camped in Mexico City decided to return home–citing fear of violent clashes with authorities. Several claim they were promised an easy journey with minimal resistance from U.S. officials.

In Mexico City, several migrants are seeking a return home after growing tired from waiting weeks in shelters and growing fearful of rising violence at the border, Mexico’s Siete24 reported. The news site spoke with Maritza Del Carmen Mendez, a Salvadoran migrant, who claimed she left her country in October but is afraid of tensions surrounding the caravan and the escalation of conflicts at the U.S. border. The woman said that she is planning to return home until her relatives in the U.S. can arrange her journey with a human smuggler.

In Tijuana, where thousands of migrants are waiting for entry into the U.S., several individuals signed up for returns courtesy of the Mexican government, claiming they were misled about the difficulties ahead of them, Buzzfeed’s Adolfo Flores reported via Twitter.

People outside the outdoor shelter are signing up to leave Mexico and return home. Many cite fear of staying after yesterday’s clash at the border and discrimination in Tijuana from residents. pic.twitter.com/A5VbwBtgzh

“The border is not like people and the news back home says it is…they said it was safe and easy,” said Javier Gonzalez, who is voluntarily going home. “We came to find the American dream and all we found was a nightmare.”

An agent with Grupos Beta, the humanitarian arm of Mexico’s immigration authority, told me 30 people from the caravan have elected to self deport this morning. It’s double than the 15 they get daily and believe it’s because people are scared after yesterday.