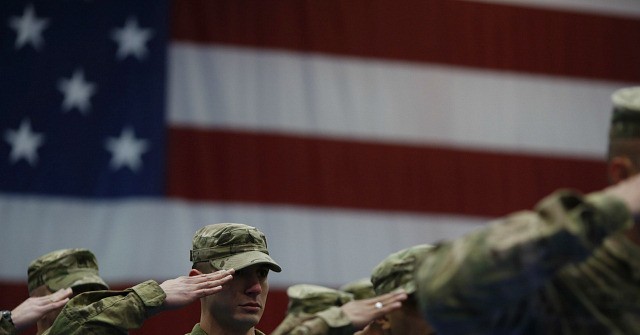 An Army soldier surprised his mother, a school resource officer at an Atlanta high school, after he came home early from a two-year deployment and showed up at school.

The school was hosting a pep rally for the school basketball team and took time out to honor Officer L.J. Williamson, when her son appeared via video to announce that he would be coming home in one more week from South Korea, where he has been deployed.

Instead of one week, it was one minute, as Aquill emerged from behind the basketball team dressed in his Army fatigues.

Williamson, who was on duty and wearing her police uniform, hugged her son while the crowd went wild, cheering for both of them.

“It was unreal. I just I couldn’t believe it. I saw the basketball team come in and, you know, I figured it was just the boys, the usual boys who I use to take the place of him in his absence. And then I saw his uniform and I lost it,” Williamson said.

Aquil considers his mother as a best friend and wanted to surprise her, so he asked his aunt for help in planning a surprise a month and a half ago.

“It’s surreal. It’s definitely a surprise. I didn’t expect it. I was looking forward to him being home next week,” Williamson said.

Aquill will spend 21 days at home before he is off on his next tour of duty at Fort Lewis near Seattle.