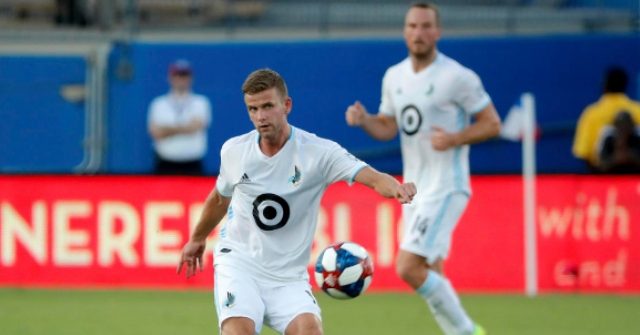 The San Diego Loyal soccer team took a forfeit in protest on Wednesday, claiming that one of its players had been the target of a gay slur.

For the second time this month, the Loyal protested a game claiming a player had withstood some form of verbal slur hurled at him by the opposing team. This time, the Loyal claimed that a member of the Phoenix Rising taunted openly gay player Collin Martin with a gay slur during the game’s first half, CBS Sports reported.

Loyal Manager Landon Donovan immediately confronted the referees over the incident, and then the team all took a knee on the field before rising and walking off in protest.

ESPN’s Sports Center tweeted out a video of the manager’s encounter with the refs.

“SD Loyal forfeited the match in support of Martin and the diversity that the club stands for within its community,” the Loyal said in a statement.

The Loyal did not openly accuse any particular Phoenix player of hurling the gay slur at Martin. Still, after the game, Phoenix player Junior Flemmings posted a tweet denying he made any such verbal attack.

“At no point did I say a homophobic slur against Collin Martin,” Flemmings wrote in a statement. “I do not know Collin personally, but I respect all my opponents equally, Collin included.”

Last week, the Loyal also protested a game and took a forfeit over their claim that a member of an opposing team hurled some sort of verbal slur at a player.

During the Loyal’s game against the LA Galaxy II, Loyal player Elijah Martin claimed to have been the target of a racial slur by a Galaxy member.

Manager Donavan also praised his team at the time for their stance.

I couldn’t be more proud to be part of this club. What’s the point of the BLM jerseys/armbands, the kneeling before every game and the commitment to ending racism if we don’t address it when it happens right before our eyes? This is NEVER acceptable and we will not stand for it. https://t.co/9ilkYrUHyR