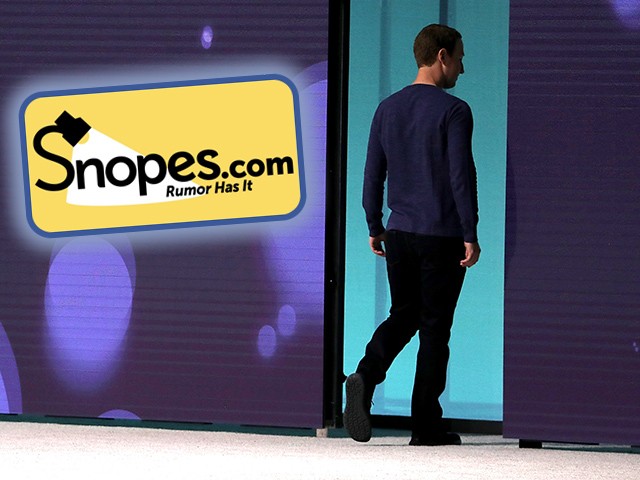 In December 2016, Snopes signed onto become a fact-checker for Facebook — an initiative the technology launch in a bid to crack down on fake news circulating on its platform during the 2016 presidential election. Facebook paid Snopes $100,000 to become a fact-checking partner — an agreement that allegedly had not been fully upheld when the contract between the two parties ended at the end of December.

Since then, the fact-checking project has been renegotiating the contract to try and make it easier for fact-checkers to flag falsities on the platform.

Disagreements over the arrangement were contributing factors in the departure of both Brooke Binkowski, Snopes’ former managing editor, and Kim LaCapria, a former fact-checker — both of whom now write for TruthorFiction.com. Both spoke to The Guardianabout the program, saying that it didn’t seem like the company cared about its fact-checking partners.

“It doesn’t seem like we’re striving to make third-party fact checking more practical for publishers — it seems like we’re striving to make it easier for Facebook. At some point, we need to put our foot down and say, ‘No. You need to build an API,’” said Snopes’ chief executive. “The work that fact-checkers are doing doesn’t need to be just for Facebook — we can build things for fact-checkers that benefit the whole web, and that can also help Facebook.”

“I can tell you that the staff has raised quite a few questions in conference calls, in our internal Slack channels,” Marchionni told Poynter earlier in the month. “There’s so much information coming from the staff about the partnership that we set up a newsroom survey where we could collect all these formally in once place.”

Snopes suffered a series of embarrassing mishaps during its partnership with Facebook. Notably, in March 2018, it labeled a story by Christian satire site Babylon Bee “false” after publishing an Onion-style article about CNN buying washing machines to “spin the news.”

“A page you admin (The Babylon Bee) recently posted the link (CNN Purchases Industrial-Sized Washing Machine to Spin News Before Publication) that contains info disputed by (Snopes.com), an independent fact checker,” Facebook wrote to the site, before threatening to penalize the site. “Repeat offenders will see their distribution reduced and their ability to monetize and advertised removed.”