Rapper Snoop Dogg lashed out at President Donald Trump in a profane rant over the continuing government shutdown, telling his followers that any government workers who still supported Trump are “some stupid motherfuckers.”

“All you people for the federal government that got — not getting paid right now, ain’t no fucking way in the world y’all can vote for Donald Trump when he come back up again. If y’all do vote for him, y’all some stupid motherfuckers,” Snoop Dogg said.

The “Gin and Juice” rapper said, “All you federal government people that’s not being paid, that’s being treated fuckin’ unfairly right now, not being paid — that’s so terrible, and this punk motherfucker don’t care.”

The federal government has been shut down for over two weeks now, as Senate Democrats refuse to approve a spending bill because it included billions in funding for a border wall the President has been pushing for years.
“So I’m saying that to say this, when the shit get back on and y’all get y’all jobs back and it’s time to vote, don’t vote for that nigga, please don’t. Look what he do–he just don’t give a fuck,” Snoop continued. “Y’all honest, blue collar, hardworking people, and suffering. So if he don’t care about y’all, he really don’t give a fuck about us, so fuck him, too, and fuck everybody down with Donald Trump! I said it here, Snoop Dogg, nigga, fuck him! He gon’ shut the government down nigga, you’s a piece of shit, fuck you.”

The 47-year-old starred in a music video in 2017 that depicted a Donald Trump-look alike being “shot.” 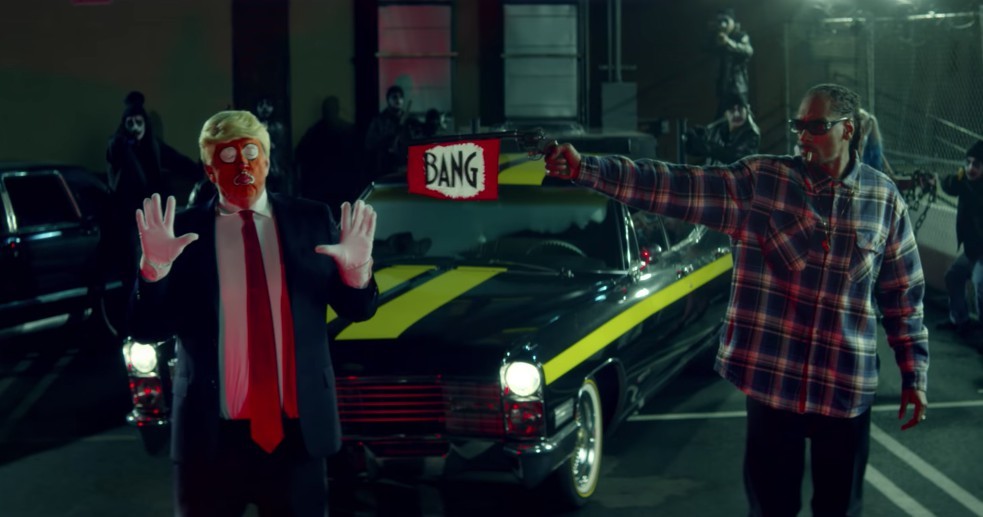 In 2018, he lashed out again, not only calling Kanye West an “Uncle Tom” for supporting the president, but also saying that anyone who supports Trump is “motherfuckin racist.”

“I don’t give a fuck. If you like that nigga, you motherfuckin’ racist, fuck you and fuck him,” he said in September.