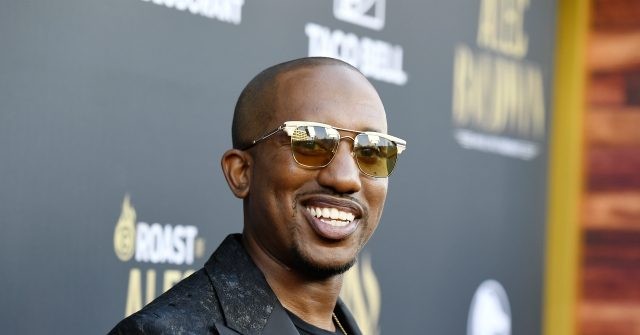 Those protesting the police involved death of George Floyd can now receive funding if they are injured, bail money if they are arrested, and money to pay for coronavirus-related medical bills thanks to Saturday Night Live star Chris Redd, who announced a fund he set up for what he called “front line protesters.”

“I’m working on a relief fund for front line protestors who may contract COVID19 over the next couple of weeks due to body to body contact. I would hate for my people fighting for justice struggle later because of it. If you would like to help, let’s connect!,” Redd said on Monday. By Tuesday night, the fund was live and well on its way to reaching its goal of $250,000.

As thousands of people take to the streets to protest racial discrimination and the many Black Lives lost at the hands of injustice,  we also have the unfortunate fact that this deadly pandemic is still upon us. The lives at risk of the injustice being fought against are also the most vulnerable to COVID-19. Many will not be in position to pay the inevitable cost associated with their brave efforts. This fund is to assist those that contract this disease while protesting and other protest related injuries as many are being attacked while speaking out.

Monies raised, the fundraiser says, will help get protesters tested, help with coronavirus-related medical bills, and will provide bail money should protesters be arrested.

Chris Redd is just the latest Hollywood star to either donate or help raise funds for those taking to the streets to protest across the country. The fund went live on the heels of a dark week in America, as mass looting, vandalism, and terror were rampant across the country.

In New York City, where Chris Redd lives, NYPD Chief of Department Terence Monahan said his officers “made 700 arrests” on Monday night. “So, if there were 2,000 out here. We put handcuffs on 700 of them. The problem being is that they’re back out here again tonight,” Monahan said.

The looters, Monahan said, are “using the cover of protests to fill their pockets.” As of this writing, Redd’s fund has raised more than $66,000.