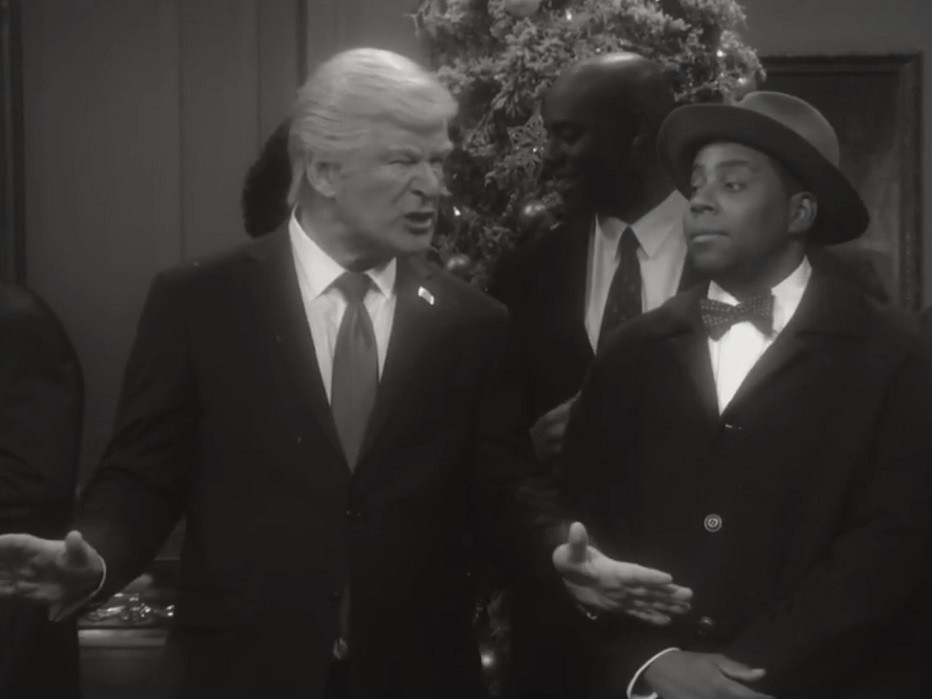 On this weekend’s broadcast of NBC’s “Saturday Night Live,” Alec Baldwin reprised his role as the show’s President Donald Trump in a cold open sketch that imagined a scenario that Trump lost the 2016 presidential election.

Trump’s takeaway, despite those encounters, wasn’t the one he was supposed to have.

“I guess the world does need me to be president,” Baldwin’s Trump said.

“Yeah, that was not the lesson at all,” Thompson’s Clarence replied.