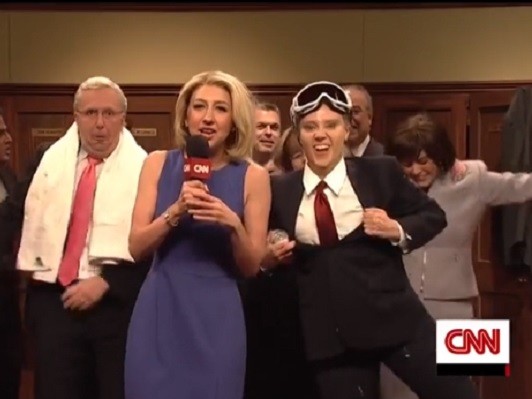 Perhaps the U.S. Senate’s confirmation of Brett Kavanaugh as a U.S. Supreme Court associate justice wasn’t the outcome the cast members of NBC’s “Saturday Night Live” had hoped, but that didn’t stop them from giving it their best shot in the show’s cold open on Saturday.