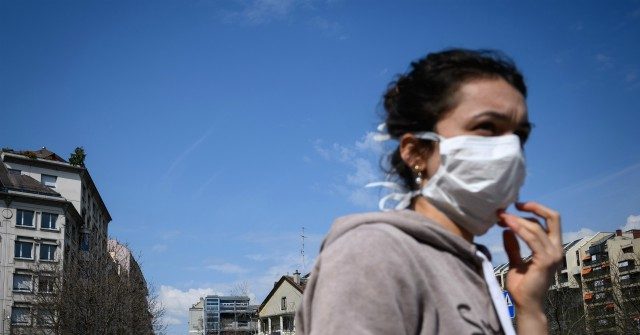 Countries across Europe are enforcing masks, ordering curfews, cancelling hospital appointments, and going into lockdown after the number of coronavirus infections continues to rise, with Switzerland going from one of the least-effected countries on the continent to one of the worst.

Health Minister Alain Berset told media at a news conference in the capital, Bern, on Wednesday that Switzerland was now seeing 394 cases of the Chinese virus per 100,000 people, whereas just one month ago, that number was less than 60. Mr Berset confirmed that his nation of 8.5 million saw a new daily record of 5,583 cases in 24 hours, the previous record set just two days ago.

“The situation is worsening, and worsening fast,” Mr Berset said.

“Three weeks ago, we had a situation that was among the best on the European continent. Three weeks later, we have one of the worst situations as far as Europe goes,” the minister said, according to German-language Swiss newspaper Basler Zeitung.

The minister declared a ban on gatherings larger than 15, enforced mask-wearing, and urged the Swiss to work from home. For now, the national government has held off on announcing a “mini-lockdown”, but if the new measures do not work, greater restrictions will be put in place, including possibly a curfew or lockdown.

Lombardy, the administrative region worst-hit in Italy during the height of the coronavirus in the spring, has also seen a record new cases of COVID-19 in the past 24 hours. Authorities announced that from Thursday, a curfew will be in place between 11 pm and 5 am. There will be a prohibition on non-essential travel, and shopping centres will be closed from next weekend. Il Messaggero reports that the region’s administrators are also reopening the emergency coronavirus hospitals in Bergamo and Fiera Milano, after infections doubled.

The Netherlands has seen a new daily record, with Reuters referring to the nation as “one of Europe’s second-wave hotspots” despite the Dutch government having imposed a partial lockdown just last week in an effort to get the rising numbers of new infections under control.

Neighbouring Belgium announced on Tuesday that it was cancelling non-essential hospital work to deal with the rise in coronavirus cases. The statement came just days after the country’s health minister, Frank Vandenbroucke, claimed the health situation in the Wallonia and Brussels was “the worst and therefore the most dangerous in all of Europe”.

“We are very close to a tsunami,” the minister had said on Sunday.

According to the German online portal for statistics, Statista, Belgium has the second-highest number of coronavirus cases per 100,000 inhabitants, after Peru.

Hospitals in the UK have also begun cancelling non-essential surgeries, including in Liverpool, Birmingham, Portsmouth, Bradford, and Manchester after seeing a spike of coronavirus patients, with one hospital executive saying they were seeing a surge “now at levels similar to the peak of the first wave in May”.

The increase in numbers comes despite Prime Minister Boris Johnson imposing draconian national social distancing rules and a three-tier regional lockdown system. The UK has been under some form of coronavirus-related restrictions since late March.

The lockdown has had a serious knock-on effect on other medical services in Britain. Some 50,000 children’s surgeries were postponed during the height of the pandemic. The numbers of people dying while on waiting lists for organ transplants nearly doubled. The widespread disruption could reportedly result in tens of thousands of non-COVID-related excess deaths.

The Office for National Statistics revealed that since December 2019, there had been an increase of more than 25,000 excess deaths in private homes on previous years, with just nine per cent being as a result of coronavirus.

Eastern Europe has also been heavily affected by a surge in coronavirus cases. The Czech Republic announced on Wednesday that from Thursday, all non-essential shops must close. There will also be mandatory mask-wearing in indoor and outdoor public spaces, including in cars if mixing passengers and drivers from different households.

On Wednesday, Poland announced a new daily record of 10,040 cases, bringing the total number to more than 200,000, doubling in less than three weeks. Middle and high school pupils have been moved onto distance learning. Swimming pools and gyms have been closed, with restaurant opening hours restricted in parts of the country. The Polish parliament is set to discuss further restrictions on Thursday.

Bulgaria announced on Tuesday that from Wednesday, masks would become mandatory in public outdoor spaces in response to high growth in new cases. Bulgaria had seen 1,024 new cases yesterday, the highest daily figure since March.