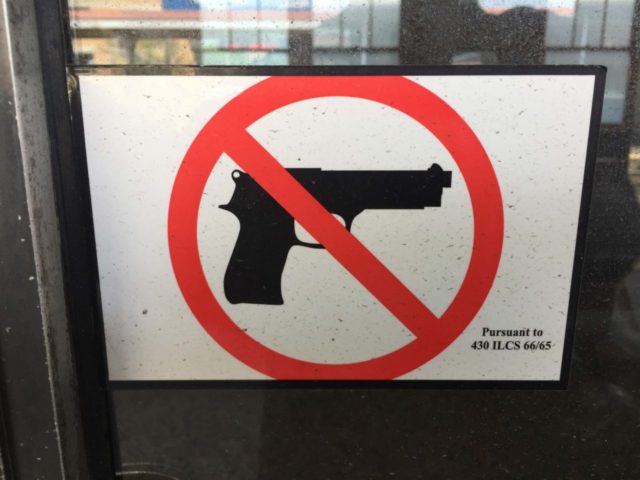 The site of the Thousand Oaks, California, mass shooting was a state-mandated gun-free zone.

Crime Prevention Research Center’s (CPRC) John R. Lott reported that the Borderline Bar & Grill was a gun-free zone by law. CPRC posted a California Department of Justice Bureau of Firearms form explaining that the state of California prohibits the carrying of firearms “in a place having a primary purpose of dispensing alcoholic beverages for on-site consumption.”

The state-mandated gun-free status of places serving alcoholic beverages to be consumed guaranteed that Ian Long would not have to worry about patrons shooting back once he began his attack.

In this way, the gun-free status of the bar played to his favor, and such gun-free policies have been benefiting criminals for over 60 years. CPRC reports that 97.8 percent of “mass public shootings” from 1950 to 2015 occurred in gun-free zones.