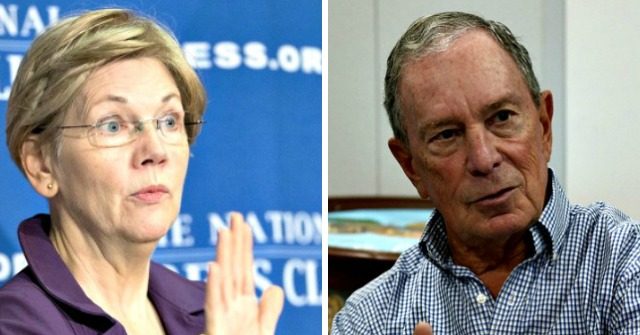 Sen. Elizabeth Warren (D-MA) on Thursday took a shot at Michael Bloomberg, who is reportedly preparing to file paperwork to run for president, particularly over his status as a billionaire.

The former New York City mayor is actively preparing to enter the presidential race “designating himself as a candidate in at least one state with an early filing deadline,” the New York Times reported Thursday. However, the paper quoted an advisor who indicated that Bloomberg has yet to make an official decision.

“Welcome to the race, @MikeBloomberg! If you’re looking for policy plans that will make a huge difference for working people and which are very popular, start here,” she wrote, providing a link to her calculator:

Welcome to the race, @MikeBloomberg! If you’re looking for policy plans that will make a huge difference for working people and which are very popular, start here: https://t.co/6UMSAf90NT

“Some billionaires seem confused about how much they would pay under Elizabeth’s Ultra-Millionaire Tax. Don’t worry, now we have a calculator for that too,” Warren’s website states.

“MIKE BLOOMBERG WOULD PAY $3.079 BILLION NEXT YEAR UNDER ELIZABETH’S WEALTH TAX,” her calculator states in all caps.

Don’t worry too much about Mike Bloomberg – if history is any guide, if billionaires do nothing other than invest their wealth in the stock market, it’s likely that their wealth will continue to grow.

As reported in October, Bloomberg and Hillary Clinton have been reportedly keeping an eye on the Democrat primary, although many Democrats believe neither would officially jump into the race unless Joe Biden (D) flounders.