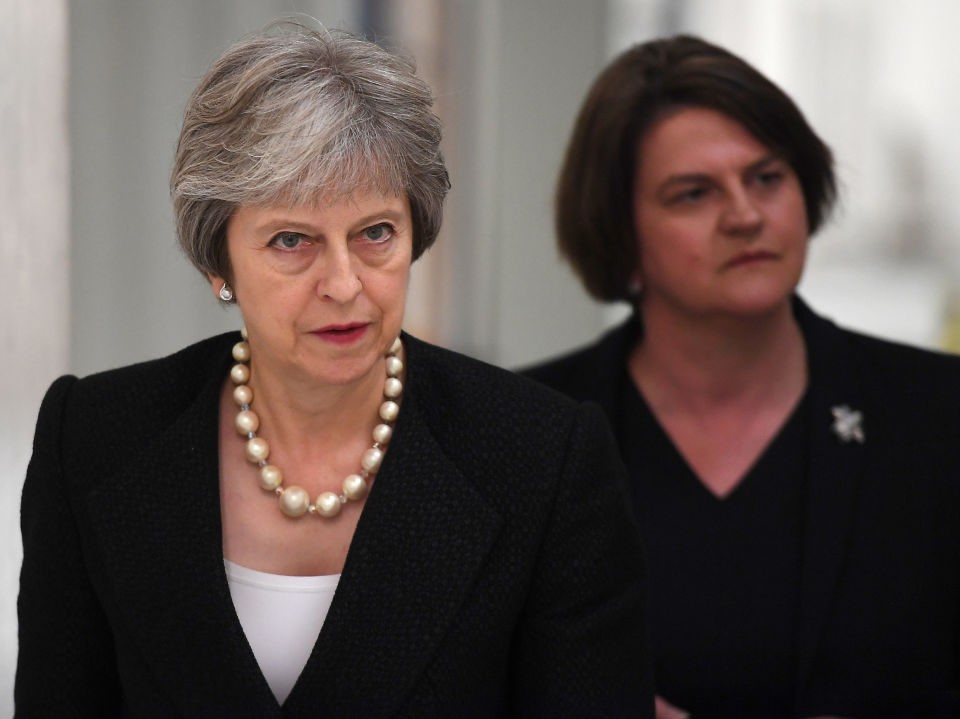 Theresa May had a warning shot fired across her bows Monday night as Democratic Unionist Party (DUP) members of Parliament abstained from key votes on the Finance Bill, the legislation which permits the government’s programme of taxation from the budget.

The Northern Irish DUP members withheld their votes from the government, in a show of strength to the Prime Minister as she pushes on with her Brexit deal which, the party says, has crossed her red lines and betrayed the British region to the European Union. The Prime Minister has been accused of putting the integrity of the United Kingdom at risk by allowing the European Union to treat Northern Ireland — an equal constituent part of the country — as separate and different.

Following the 2017 election, the United Kingdom’s Conservative government is a minority administration which is kept in power through a ‘supply and confidence’ agreement with the Northern Irish regional group the DUP.

When struck, the deal meant the smaller party would support the government on key votes including the Queen’s Speech, the budget, and finance bills, allowing the administration to survive without enough of their own parliamentarians to otherwise run a stable government.

But the deal appeared to be in tatters Monday night after the MPs failed to vote with the government one of the bills specifically laid out in the agreement, the first time they have done so.

Britain’s BBC reports an unnamed “senior DUP source” who spoke of the abstention in divisions, remarking that it was: “sending a message to Theresa May that if she wants to continue down the road of the withdrawal agreement and its effect on the Union then there will be repercussions in the Commons. She could be leading them to a very bad place.”

The change could be more of a threat to Theresa May and the government than the much-discussed leadership challenge from within her party. Unlike internal Conservative politics, if the DUP permanently withdrew support and the government was defeated on a key bill it would probably bring the government down and could trigger a snap election.

The BBC also reported a Labour spokesman who commented that the development meant “We no longer have a functioning government”, but in a major embarrassment to the Labour party despite the DUP not supporting the minority government, the opposition was still unable to muster enough votes to see the motion defeated.