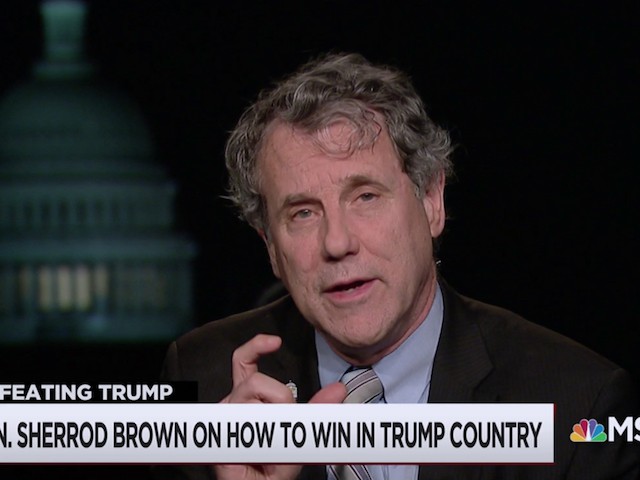 Tuesday on MSNBC’s “All In,” Sen. Sherrod Brown (D-OH) said he was considering a 2020 presidential run to stop President Donald Trump’s “hate speech,” which the Ohio Democrat said has “emboldened far too many people to do things that are just awful.”

He added, “I was at a meeting with a Jewish group today in Cleveland and talking to them about the security they now —they’ve always had good security in most of their synagogues in Cleveland, now they’re stepping it up, at great expense, because they think they need to. I don’t put that all at the feet of Donald Trump, but I’ve called at him, I spoke to the Hebrew Immigration Aid Society right after Pittsburgh, a Columbus group after the Pittsburgh shooting and they—they’re concerned about all this and we all called on the president to try to heal and unify. I don’t blame him for this stuff, but he has made—he has emboldened far too many people to do things that are just awful.”