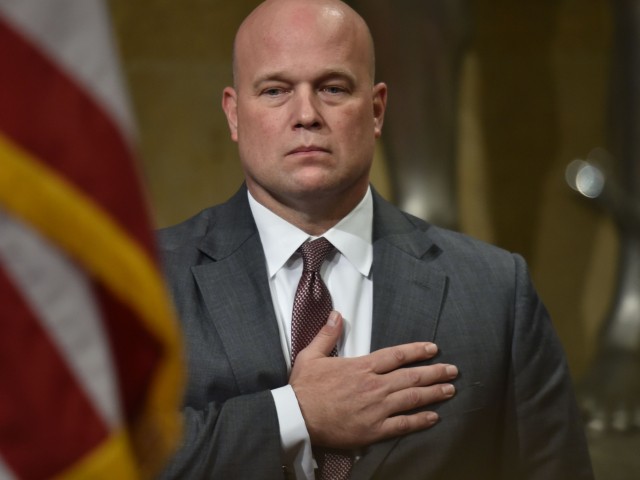 Sen. Sheldon Whitehouse (D-RI) is asking the Office of the Special Counsel to investigate potential Hatch Act breaches by then-chief of staff to the Attorney General, Matthew Whitaker.

The request comes after Whitehouse, along with Sens. Richard Blumenthal (D-CT) and Mazie Hirono (D-HI), filed a lawsuit in a U.S. District Court for the District of Columbia Monday challenging President Donald Trump’s appointment of Whitaker, arguing the appointment was unconstitutional because the official was not confirmed by the Senate.

“Installing Matthew Whitaker so flagrantly defies constitutional law that any viewer of School House Rock would recognize it,” the trio of Democrats senators said in a statement.

“Installing Matthew Whitaker so flagrantly defies constitutional law that any viewer of School House Rock would recognize it.” https://t.co/MvnWlI4gfZ pic.twitter.com/CitxwDVJhZ

During an interview with ABC’s This Week over the weekend, Rep. Adam Schiff (D-CA) vowed Democrats will challenge Whitaker’s appointment when the party takes power over the House of Representatives in January. “I think the appointment is unconstitutional,” the likely next chairman of the House Intelligence Committee said.

“Constitutionally, it has to be subject to confirmation. I think they lose that case when it goes to the Supreme Court,” Schiff added. “It’s in conflict with a more specific statute and that is there is a Succession Statute for the Justice Department which makes the Justice Department different from other agencies.”