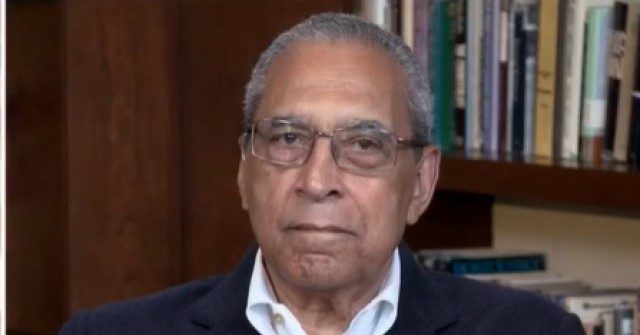 Author and Hoover Institution senior fellow Shelby Steele on Sunday sounded off on the goal of the George Floyd protests, some of which have turned violent after Floyd died in Minneapolis police custody.

Steele told Mark Levin of Fox News Channel’s “Life, Liberty & Levin” that the protests are about “power” and victimhood, which he said has led to black people in the United States feeling “entitled.”

“I think that what is really happening is nothing really new. The civil rights argument that triggered this, that there was police abuse and so forth, was a very familiar story — we saw that in Ferguson, Missouri, and elsewhere. It seems to me that in many ways, it’s about power,” Steele explained. “And in order … to pursue power as they do, you have to have victims. And my god, George Floyd is the archetypal victim, and the whole incident of his murder is sort of a metaphor for the civil rights agenda and the grievance industry agenda. Here’s somebody that’s utter and complete innocence — tortured to death. Wow, the excitement that that triggers on the left in America. It validates their claims that America is a retched country that they must get recourse for what goes on. So, it feeds this old model of operation that we’ve developed that America is guilty of racism, guilty of this sin and has been for four centuries, and minorities are victims who are entitled.”

He added, “And so when people start to talk about systemic racism — built into the system — what they’re really doing is expanding the territory of entitlement.”

Steele went on to say the victimhood mentality is a “corruption.”
“[T]he truth of the matter is blacks have never been less oppressed than they are today,” he stated. “Opportunity is around every corner.”