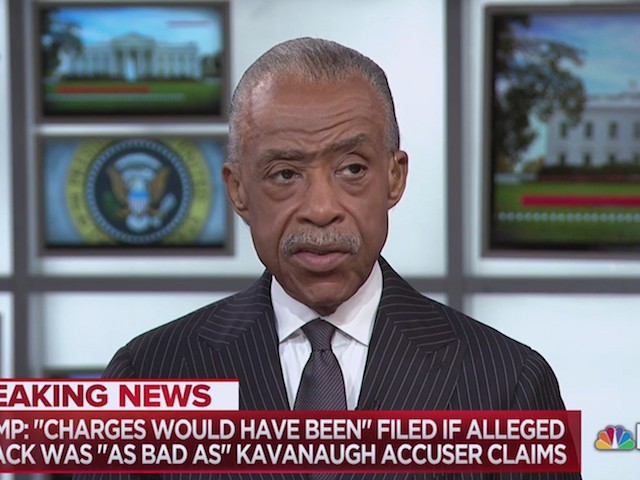 Sharpton said, “To come with the weight of the presidency, where he is clearly castigating this Dr. Ford, again shows why, as you’ve been discussing on the Rosenstein issue, why people feel he is not fit to be president.”

When asked about the Kavanaugh nomination, Sharpton said, “I think that it is now really in jeopardy because I think that given where we are in the—in terms of these accusations and the behavior that has circled these accusations, the one or two Republicans, moderate Republicans that were undecided, I think are going to have a lot of pressure now to tilt toward non-confirmation. And they can do it without convicting Kavanaugh of what’s been accused, but by just saying there’s too many questions. I think that the president might have tilted it in a way that he really will regret.”