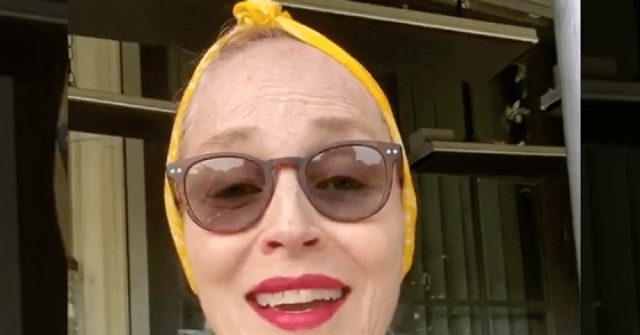 Hollywood star Sharon Stone is urging Florida women to vote for Joe Biden and Kamala Harris, saying that “voting for a woman in the White House” will save lives.

The Basic Instinct star posted an Instagram message Monday addressed to the “women of Florida,” saying that the state’s “Covid numbers are scaring me.”

Florida has experienced a steady decline in new COVID-19 cases since reaching a high in July. The state currently ranks 11th in the country in terms of coronavirus deaths per 100,000 people, far behind states like New York and New Jersey.

“As a mom, a woman, & someone who SEES you, I urge you to believe me when I say Trust is why voting for a woman in the White House will save you families [sic] lives,” the actress wrote. “Vote #BidenHarrris to live.”

Stone’s post is similar to one she shared with her 2.3 million Instagram followers last week, addressed to South Carolina women, urging them to vote against Sen. Lindsey Graham (R-SC). “Does a man like @lindseygrahamsc, however clever he may be, and I think he is, actually SEE you?”

Sharon Stone is making an even keeled pitch to voters to chose Biden and Harris just weeks out from the election. But she’s spent months lobbing vulgar attacks at President Trump and Republicans. The Casino star has called President Donald Trump a “killer,” blaming him for the infections of some of her extended family members.

“And please whatever you do, don’t vote for a killer,” Stone said in an August Instagram post, referring to Trump. “Thank you.”