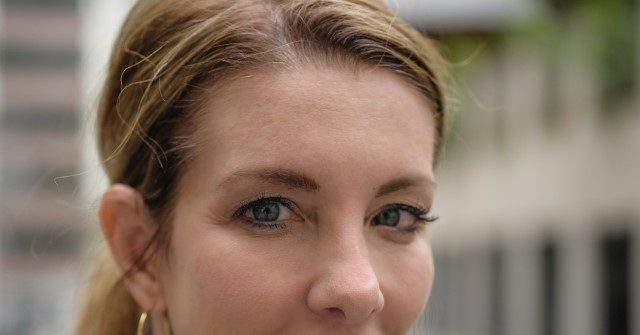 Elle published an article by Mike Bloomberg gun control affiliate Shannon Watts in which she claims that the “overlap between gun extremists and men who hate women is alarming.”

Watts’ article is part of the left’s effort to pressure Congress into expanding the prohibited purchasers/possessors list for firearms in America. They are specifically pushing to expand prohibitions against ex-spouses to include ex-boyfriends and dating partners.

To be clear, pro-gun activists don’t disagree with us because they actually believe we want to take their guns away. They hate us because we’re women.

Rarely do the men who proclaim themselves defenders of constitutional liberty direct message me about policy. They’re much more likely to threaten me with rape or hanging. Gun extremists have told me to “go bake a cake, bitch” or to “do what all the other stay-at-home moms do” and watch TV “with a bottle of Chardonnay.” I’ve been told I’m trying to take people’s rights away just because I “got knocked up once.”

Watts actually goes so far as to intimate that pro-Second Amendment males are easily influenced via an appeal to two central passions: a love of guns and a hatred of women. She suggests that these two passions are often uncontrollable when combined with each other:

Guns have long been a recruiting tool of the far right: They often get people in the door and are a vital part of extremists’ organizing strategy. So does misogyny. Bonding over a hatred of women, or frustration with their inability to control them, gets men through the door, too. Once there, the anger and resentments grow, and talk can turn to action. The combination of easy access to guns and misogyny in our country has deadly consequences.

Watts claims that “an average of 57 women in the U.S. are shot and killed by an intimate partner every month, with many more shot and wounded.” She does not provide a link to substantiate that claim nor does she inform readers about the gun laws in the cities/regions where women are allegedly being killed at that rate. (Information on the gun laws is pertinent inasmuch as it would be enlightening to know whether the majority of women killed by an “intimate partner” reside in locales where stringent gun control makes armed self-defense an impossibility.)

Bowne had applied for the state’s permission to own a gun on April 21, 2015, and was still waiting on the state to give her permission to possess a gun when a former boyfriend stabbed her to death in her own driveway. She had a restraining order against the man, but gun control made it impossible for her to legally get a gun for self-defense in time to possibly save her life.

AWR Hawkins is an award-winning Second Amendment columnist for Breitbart News and the writer/curator of Down Range with AWR Hawkins, a weekly newsletter focused on all things Second Amendment, also for Breitbart News. He is the political analyst for Armed American Radio and a Turning Point USA Ambassador. Follow him on Instagram: @awr_hawkins. Reach him at awrhawkins@breitbart.com. You can sign up to get Down Range at breitbart.com/downrange