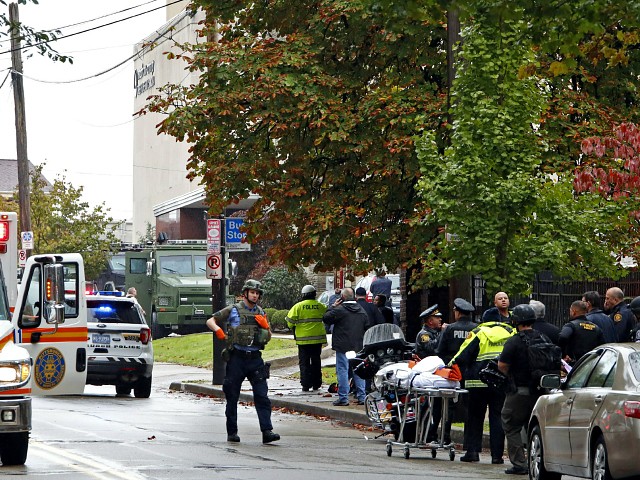 Moms Demand Action founder Shannon Watts criticized the NRA and tweeted for more gun laws before the number of casualties, injuries, and other facts in the Pittsburgh synagogue shooting were even known.

The identification of the shooter and his means of weapon acquisition were also unknown when Watts tweeted about the synagogue shooting. Yet she had no problem leveling criticism at the Second Amendment and urging Congress to pass more gun laws:

Soon, @NRA lapdogs will say that the Jewish Americans celebrating a bris in the basement of their Pittsburgh synagogue should have been armed. Shame them. Shun them.

The Second Amendment is a framework for lawmaking, not a suicide pact. Our lawmakers have the power to stop this. https://t.co/qgwVLRNS5p

Americans are watching yet another horrific mass shooting tragedy unfold, this time at a Pittsburgh synagogue.

Every nation is home to bigots, racists and misogynists – only America gives them easy access to arsenals and ammunition. pic.twitter.com/c4qk2MYPI5

Watts’s group, Moms Demand Action for Gun Sense in America, is a fellow gun control group with Everytown for Gun Safety. Both groups are funded by Michael Bloomberg.