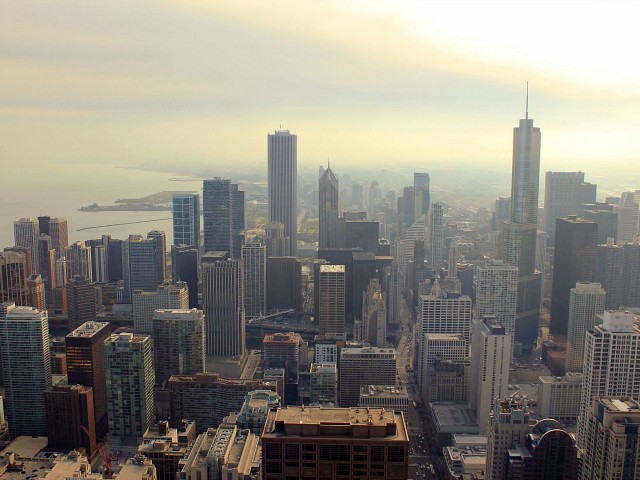 The “high-risk” investment deal was reportedly arranged by Chicago lawyer Allison S. Davis — a longtime Daley family associate and the man who gave a young Barack Obama his first major Chicago job. Mayor Richard M. Daley’s nephew, Robert G. Vanecko, was also a principal in the deal, according to the Chicago Sun-Times.

The deal, going by the name DV Urban, was aimed at buying and rehabilitating several properties in a few Chicago neighborhoods and, with Daley as Mayor and three of his top operatives at City Hall in on the deal, it was easily and quickly approved.

According to the Sun-Times, eleven years later, the deal had obviously gone bust at great cost to the several city pension funds. As soon as the stories chronicling the failed investments hit the presses in 2009, Daley’s nephew, Vanecko suddenly withdrew his involvement in the scheme.

Several years later, and after a federal grand jury took up the fraud, the city pension administrators kicked Obama’s former employer out of the deal and tried to take control of the investments to save them from further ruin. Eventually, all the real estate properties in the original deal were shed, including a failed redevelopment plan of the former Chicago Defender headquarters and a costly project to rehab a burned out grocery store.

The various projects undertaken by the Obama/Daley associates ended up losing $54.2 million of pension fund dollars. But that was not the total extent of the loss. The pension funds also spent $2.6 additional dollars in legal fees to try and wrest control of the plan away from Davis and Vanecko as well as $14,400 in court fees.

The final accounting by the paper shows that the deal lost 80 percent of the funds invested into the development schemes. The city pension funds that lost the money includes the Chicago teachers, police, garbage collectors, bus drivers, and municipal employees funds.

“It’s one thing not to have a positive return. But it’s a whole ‘nother thing when you have negative returns and lose your principal,” Chicago Teachers pension fund official Charles Burbridge said. “DV Urban’s the worst that comes to mind.”

According to the paper, some of the pension funds that lost money include:

Meanwhile, DV Urban was paid around $9 million in “development fees” by the funds to manage the failed deals.

The loss of funds for the unions amounts to the loss of one year’s worth of pension payments for 720 retirees.

The full extent of the loss has sent the various pension funds scrambling to re-evaluate how they invest their members’ retirement funds, the paper reports.