Israeli officials are mute on any possibility they may have contributed to the cyber infiltration.

The TV report was aired after it was publicly revealed the Mossad intelligence agency had thwarted an Iranian murder plot in Denmark. Forty-eight hours before that, Iran acknowledged that President Hassan Rouhani’s mobile phone had been bugged.

“Remember Stuxnet, the virus that penetrated the computers of the Iranian nuclear industry?” the report on Israel’s Hadashot news asked. Iran “has admitted in the past few days that it is again facing a similar attack, from a more violent, more advanced and more sophisticated virus than before, that has hit infrastructure and strategic networks.”

Stuxnet is a malicious computer virus that first struck eight years ago. It destroyed thousands of centrifuges involved in Iran’s controversial nuclear program at the Bushehr power plant by hijacking centrifuges and forcing them to operate at heightened speeds, which was detrimental to the enrichment process.

Iran moved in 2011 to boost its cybersecurity following the attack by the computer worm. The cyber attack was widely believed to have been be created through a partnership between the U.S. and Israel.

The latest claim of the reactivation of a simlar threat comes in the wake of a string of Israeli intelligence coups against Iran. As recently as last May, Mossad spies infiltrated a top-secret warehouse in Iran, took half a ton of documents on the regime’s nuclear weapons program and smuggled them back to Israel that same night. 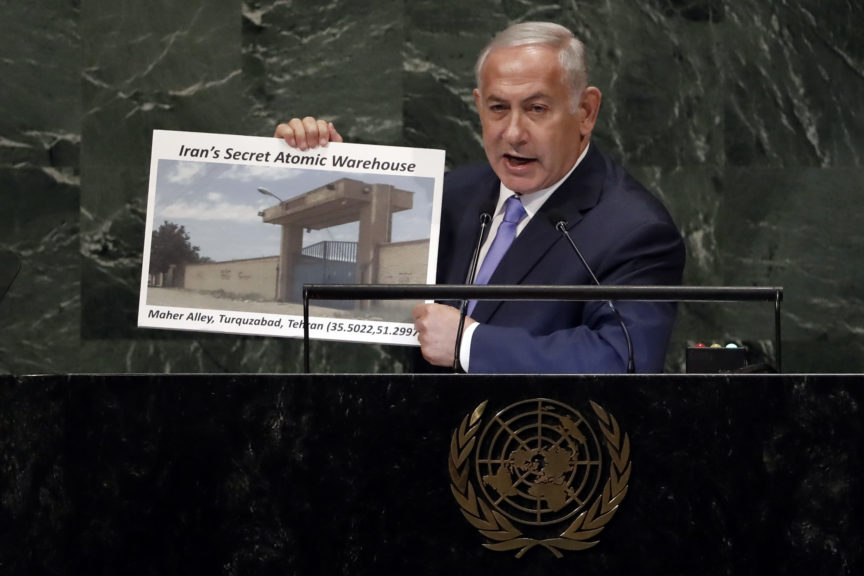 Calling it one of the “greatest achievements” of Israeli intelligence, Israeli Prime Minister Benjmain Netanyahu said the “incriminating” documents, charts, videos and blueprints were shared with the U.S., which “can vouch for its authenticity.”

Four months later, Mr. Netanyahu told UN of other alleged Iranian nuclear and missile assets inside Iran, in Syria and in Lebanon.

Referring to the latest claimed release of  a new computer virus, The Times of Israel says Wednesday’s TV report noted that “in the past, the US and Israel have been alleged to have worked together on operations.” Trying to establish whether Israel had any role in the latest cyberattack, the TV report said: “We’ve tried to clarify here. They’re refusing to comment.”

It noted that “behind the scenes lately, the Mossad,” under its director Yossi Cohen, has been “fighting a real shadow war.”

Without directly acknowledging the Mossad, the report mentioned the tapping of Rouhani’s phone, noting that the Iranians “had to switch it for an encrypted model because they understand that someone has been listening to him for days and weeks.”