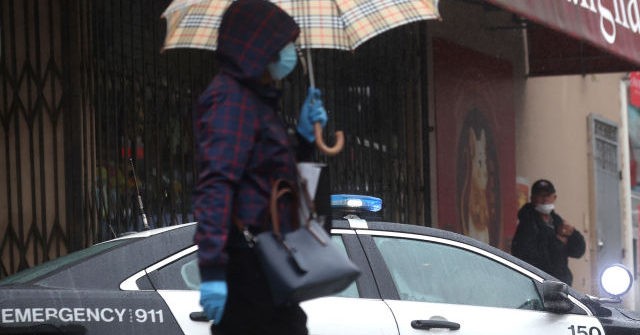 Officers responding to 911 calls about a break-in at a San Francisco business were caught on video standing down as several suspects were inside the store removing merchandise before leaving the scene in a getaway car.

“Discipline and punishment is one thing,” Police Chief Bill Scott said in a meeting with reporters at the San Francisco Chronicle. “I think what we all want is a change of behavior. … When they don’t do their jobs, I have to … address the issue.”

San Francisco’s Department of Police Accountability is investigating the incident, and Scott said Tuesday that he has not yet received a report with recommendations from the oversight body.

When The Chronicle first published surveillance video of the burglary, experts were baffled by the officers’ seeming inaction and frustrated merchants accused the police department of failing to protect them. During a meeting with Chronicle reporters and editors on Tuesday, Scott said the episode revealed “things that could have been done differently,” and that retraining was appropriate.

Officers arrived to the building after receiving multiple 911 calls, including one from building owner Tariq Mizyed Alazraie, and another from a neighbor who heard the blare of the dispensary’s security alarm. The neighbor reported seeing two or three people inside the shop, removing bags of merchandise and loading them into a gray car parked out front.

“They’re just breaking in the door as we speak,” Alazraie said after a dispatcher asked for the owner to describe the suspects.

Scott said he believes his decision to send the officers back to training school was the right thing to do.

“Those same officers, two weeks after going back to training, made a great arrest on a similar type of situation,” Scott said. “So accountability had to happen, but we also had to change the behavior so these things aren’t happening.”

Scott said when a crime is taking place police are trained to find a safe position and try to stop the perpetrator by shouting commands. Scott said, however, that cannabis dispensary burglaries can be dangerous and unpredictable because the suspects could be armed.