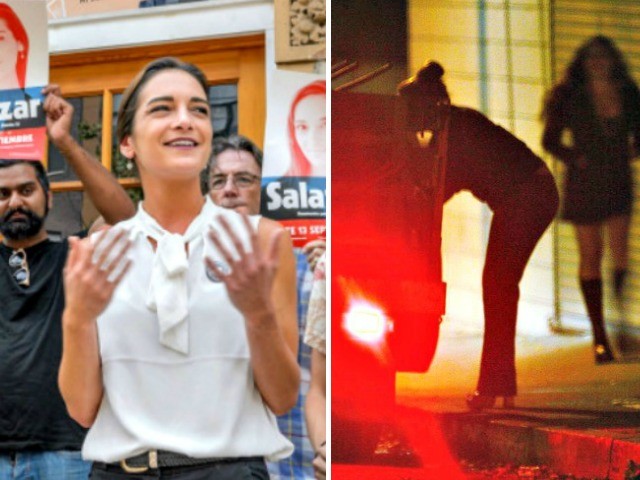 People who have made it their mission to advocate for the rights of prostitutes are celebrating Julia Salazar, a Democratic Socialist who beat incumbent State Sen. Martin Dilan in last week’s New York primary.

The Huffington Post reported on the support from “sex workers” for 27-year-old Salazar.

Salazar included the decriminalization of sex work in her campaign platform. Her platform included plans to stop massage parlor raids and unnecessary “loitering” arrests that predominantly affect women of color. No other politicians, including many in the Democratic party, have made sex workers’ rights such an integral part of their policy.

“It shows that voters in New York are ready to talk about this issue,” Balcon said.

The Huffington Post said that sex workers don’t trust Democrats because they have not advanced support for them like Salazar did.

“Julia took the time to not only consider sex workers’ rights as a potential platform issue, she made the time to listen,” another prostitute advocate, Emily Iris, told the Huffington Post. “Julia’s win means that sex working people here in New York now have an ally in office.”

Not only does she support prostitutes,but Salazar had some of them working on her campaign, according to the Huffington Post, which reported that 40 of them went door to door in Brooklyn to talk to potential voters about their rights.

Prostitutes face threats not from disease or other sexual exploitation, according to the Huffington Post, but because they are often low-income, women of color, have gender identity issues, or because of their “immigration status.”

According to Vox, Salazar is a longtime activist with the Democratic Socialists of America and served on its socialist-feminist working group. She also worked for the failed Cynthia Nixon New York gubernatorial campaign.

Salazar is running unopposed in the midterm election.