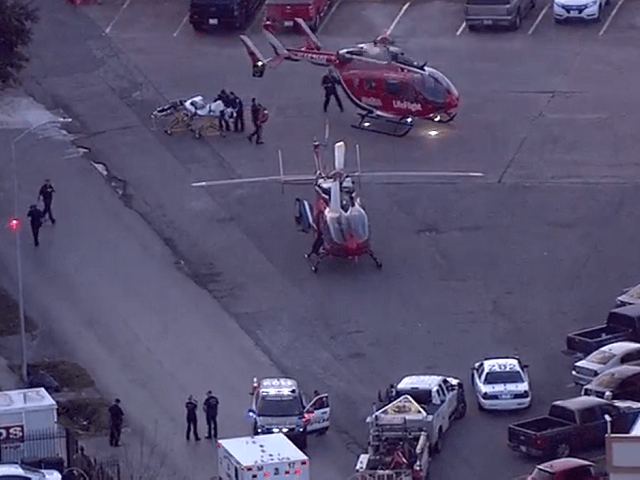 HOUSTON, Texas — Houston Police Chief Art Acevedo reported that several of his officers were shot Monday afternoon. The chief asked for prayers from the community. Local media reported that two suspects have been killed.

“We have had several officers shot please pray for officers on the way to the scene now more information to follow,” Chief Acevedo tweeted Monday afternoon.

We have had several officers shot please pray for officers on the way to the scene now more information to follow.

The Houston Police Department also tweeted the news saying that several officers were struck by gunfire and were en route to a hospital.

HPD responding to a scene at 7800 Harding where officers have been struck with gunfire following an encounter with a suspect. Officers are en route to the hospital. Please avoid the area and yield for emergency vehicles. Further updates will be provided as available. #hounews

Please keep all the officers in your prayers!

KPRC reported that the officers were serving a search warrant at 7800 Harding in southeast Houston. Lifeflight is on the scene and officers are being transported to a hospital. The news outlet reported that two suspects are dead at the scene.

The condition of the wounded officers has not yet been released.

KTRK reports that the Texas Department of Public Safety has dispatched an armed helicopter crew to assist in a search for a possible third suspect.

Editor’s Note: This is a developing story. Additional information will be posted as it becomes available.