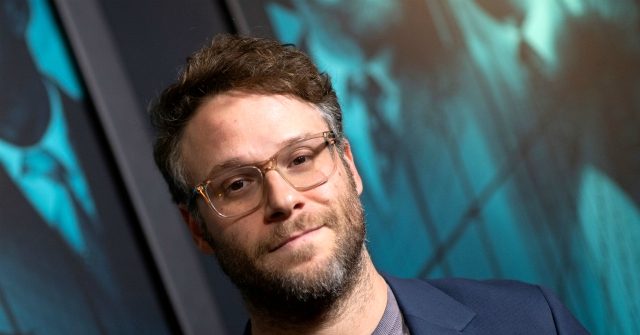 Left-wing actor and comedian Seth Rogen launched a profanity filled rant at his followers who disagreed with his support for the anti-police Black Lives Matter movement, urging them to unfollow him and even telling them they don’t “deserve” his movies.

Rogen posted a photo on Instagram on Monday reiterating his support for the movement, with the caption: “If this is a remotely controversial statement to you, feel free to unfollow me.”

“You don’t deserve my movies anymore. Stop watching my shit,” the 40 Year-Old Virgin and The Lion King star wrote in response to someone who asked: “Why do all these brutality videos only show the end? they don’t show WTF these people where [sic] doing to get in trouble in the first place.” Over the past week, activists, some of who are believed to be affiliated with Black Lives Matter have rioted across the country following the death of George Floyd in police custody, wreaking havoc and destruction against America’s towns, cities, and local communities.

Many of Rogen’s followers objected to the statement, prompting dozens of profanity-laced replies from him in the comments. Most of his responses merely involved telling fans and even their parents to “fuck off” and claiming people don’t “deserve” to watch his movies anymore.

“Fuck you and your mom,” he wrote in response to another critic.

The foul-mouthed 38-year-old has seen his popularity wane with some of his movies flopping in recent years, perhaps partly as a result of audiences turning against his woke humor. Nevertheless, Rogen remains one of Hollywood’s most prominent far-left campaigners.  Just last week, he pledged to make a significant donation to the Minnesota Freedom Fund, which will use the money to help bail out protesters arrested on charges of violence and other protest-related crimes.