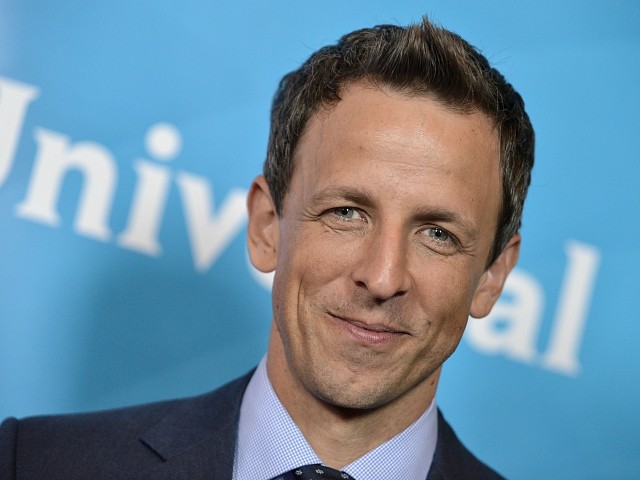 “Is this Oval Office: SVU?” the Late Night with Seth Meyers account read in response to Trump talking about illegal alien murder victims.

Is this Oval Office: SVU?

“Over the last several years, I’ve met with dozens of families whose loved ones were stolen by illegal immigration. I’ve held the hands of the weeping mothers and embraced the grief-stricken fathers. So sad. So terrible,” Trump said during his Tuesday speech. “I will never forget the pain in their eyes, the tremble in their voices, or the sadness gripping their souls.”

“How much more American blood must be shed before Congress does its job?”

Meyers’ tweet was slammed on social media for its insensitivity.

I’m sure that’s hysterical to the families of the murder victims the president just discussed. https://t.co/XOOWeWZMSp

Fox News host Greg Gutfeld chimed in, “just wondering if there was anything less funny than seth meyers – turns out, it’s his twitter feed.”

just wondering if there was anything less funny than seth meyers – turns out, it’s his twitter feed. https://t.co/rwISQW10oh

Below is more criticism of the Late Night tweet.

Why are you mocking the victims and their families? Illegal aliens murdering Americans isn’t funny, scum.

You’re a lowlife POS, ain’t no other way to say it.

@NBCNews approves of and owns everything this degenerate says. Congratulations.

Sick. How long did you work on that disgusting “joke”?

I’m all for comedy and free speech, but geez man, this is far too soon, and poorly told.