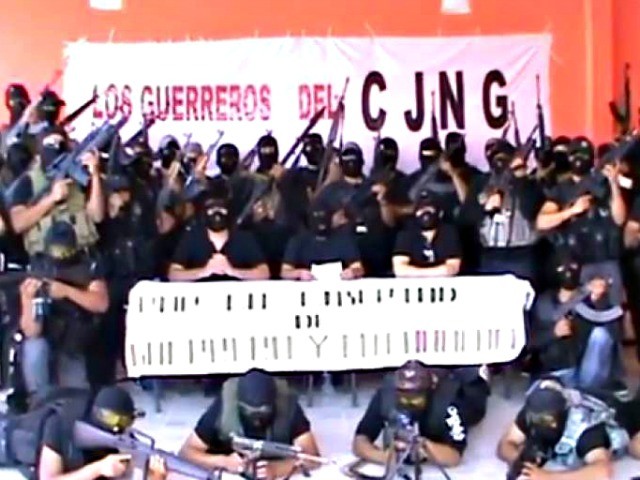 Attorney General Jeff Sessions held a press conference on Tuesday with officials from the Department of Justice, U.S. Treasury, and State Department to announce a “whole of government effort” to take down the Cartel Jalisco Nueva Generacion (CJNG).

Sessions said the drug cartel is “one of the five most dangerous transnational criminal organizations on the face of the earth and it is doing unimaginable damage to the people of this nation.”

Sessions said although it was formed only nine years ago, it has established its network around the world, including in Europe, Asia, and Australia.

“CJNG has a presence in cities across the United States from San Diego to Omaha to Roanoke to New York City to Orlando,” said Sessions, adding that the cartel is believed to traffic ten tons of cocaine and methamphetamines into the United States every month.

“They are in our crosshairs,” Sessions said. “This cartel is our top priority.”

“Every single day these cartels cross our borders, disrespect our sovereignty, deal poison and death to Americans all across this country,” Sessions said.

Since April 2015, OFAC has announced nine designation actions totaling 63 separate individuals and entities in Mexico tied to the CJNG and the Cuinis organization.

“Treasury has strategically targeted leaders of CJNG and the Cuinis organizations, as well as complicit family members, criminal operatives, and businesses under their control,” OFAC Director Gacki said. “Our goal is to disrupt the cartels’ finances, which are overwhelmingly generated from drug sales that occur in the United States, and deny them access to the U.S. financial system.”

The State Department also announced the largest reward ever approved for the Narcotics Rewards Program — $10 million for information leading to the arrest of “El Mencho.”

“Additionally, the Department of State is announcing a Narcotics Rewards Program reward for information leading to the arrest of high ranking CJNG member Erick Valencia Salazar, aka, ‘El 85,’ in the amount of $5 million,” the press release stated.

DOJ also cited “the daily coordination between the Government of Mexico with the U.S. Department of Justice, Treasury, and State to target this violent drug cartel that has a direct impact on the lives and livelihood of millions of citizens in the United States and Mexico.”

“DEA has a strong partnership with the government of Mexico that is demonstrated in the relentless pursuit of the violent leadership of the CJNG cartel,” Dhillon said. “We will continue to work closely with our international partners to bring [cartel leader] Nemiso Cervantes aka El Mencho to justice and dismantle drug cartels like CJNG.”

“We will continue to carry out President Donald Trump’s order to dismantle transnational criminal organizations to protect the people of this country,” Sessions said.