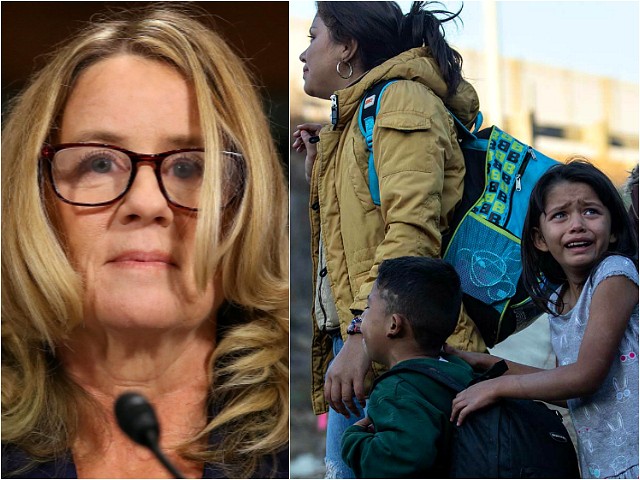 TIME Magazine announced its shortlist of ten potential picks for its 2018 “Person of the Year” on NBC’s Today Monday morning, featuring Christine Blasey Ford and illegal alien families separated at the border as some of the options.

Today Show co-host Savannah Guthrie unveiled the news magazine’s “Person of the Year” selections, which include several figures who have taken aim at the Trump administration.

Here’s the shortlist for @TIME’s Person of the Year #TIMEPOY pic.twitter.com/kHAmF8A3ut

Christine Blasey Ford, the woman who accused Supreme Court Justice Brett Kavanaugh of sexual misconduct, was one of the people who made the list, as well as Special Counsel Robert Mueller, the man who is leading the investigation into alleged Russian collusion.

The list also featured “Separated Families” — referring to the illegal alien families separated at the border while crossing over from Mexico when President Donald Trump enforced his “zero-tolerance policy,” cracking down on illegal immigration. This list also included the young gun control activists who started the “March for Our Lives” campaign.

The other contenders for “Person of the Year” include President Donald Trump and Russian President Vladimir Putin, Jamal Khashoggi, Moon Jae-in, Meghan Markle, and Ryan Coogler.

TIME’s “Person of the Year” often features an individual or group of individuals who had dominated news headlines in a positive or negative way over a 12-month period.

TIME chose to feature the “Silence Breakers” of the #MeToo movement as its “Person of the Year” in 2017, even though the story about the sexual assault survivors wound up mentioning or referencing Trump — who won the honor in 2016 — more than a dozen times.