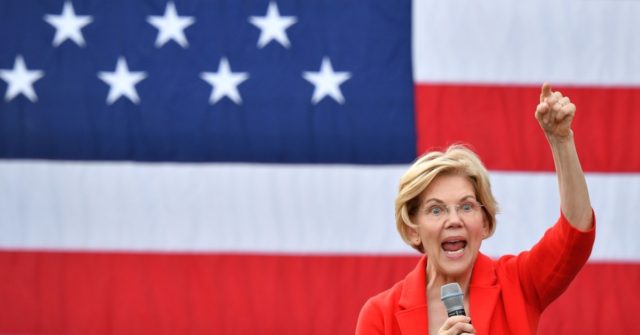 Senator Elizabeth Warren (D-MA) is supercharging her “grassroots” campaign with plans to add a “significant” number of hires in Iowa.

The Hawkeye State is arguably one of the most crucial primary states in determining the long-term health of a candidate’s campaign, and it seems to have a good chunk of Warren’s attention. She already has over 50 staffers and a number of enthusiastic volunteers, but plans to add to the existing team.

Jason Noble, Warren’s Iowa communications director, confirmed the campaign’s plans to announce a “significant” number of hires in the coming weeks– June 15, specifically. The national campaign anticipates over 60 on payroll after the additional hires are added, according to POLITICO.

While Warren’s competitors are making similar moves, none have a physical presence quite as prominent as Warren’s. Some say it’s a risky move and warn that it could cost her long-term. There’s a certain level of uncertainty, investing in staffers rather than broader forms of advertising.

Warren’s camp says she’ll be fine, pointing out that she transferred $10.4 million from her Senate reelection account to give her a healthy financial cushion.

“Some people will raise money from, you know, whatever source and then dump it all into TV. But Elizabeth Warren has made a conscious effort to hire a lot of staff here in every corner of the state,” campaign aide John Russell told voters at a rural issues roundtable.

She’s been touting her campaign’s “grassroots strategy” and has attempted to connect with smaller supporters by occasionally calling them directly. Her “guerrilla marketing” style hasn’t gone unnoticed.

Guess who’s crying and shaking and just talked to Elizabeth Warren on the phone?!?!? We have a plan to get my mom grandkids, it’s very comprehensive, and it does involve raising taxes on billionaires.

Now I’m shaking. This is amazeballs.

This account of Warren’s Iowa battle plan is based on interviews with more than a dozen campaign advisers, organizers, and volunteers, as well as voters who came out to see the candidate in person.