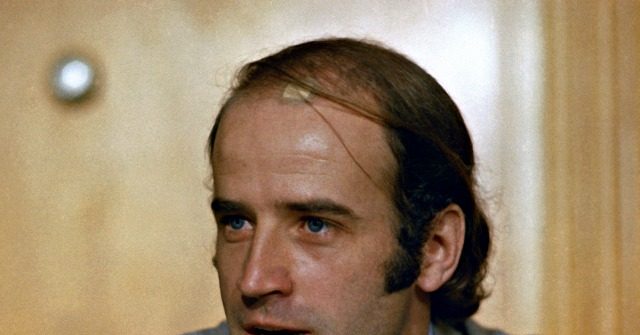 This summer, Breitbart News reported that Biden used the n-word a number of other times in the 1970s and 1980s in Senate hearings while quoting other people. But these two additional 1970s Senate transcripts show him using the derogatory term for black people while not quoting somebody else–and have not yet been reported here.

In a 1973 Banking, Housing, and Urban Affairs Committee hearing, for instance, Biden said the “less educated” members of his “constituency” would say things like “We don’t want no n*ggers here, boy. You understand me?”

The full quote from Biden, as it appears in U.S. Senate transcripts from that July 16, 1973, hearing, is as follows:

And you say things time and again-I-don’t mean this in an argumentative sense. My point is you say if a program is to be meaningful to the community the best test is to place the responsibility on the locally elected official who will not remain in office for long if the city decides the program is not meaningful enough. Meaningful to whom? I grant they will not stay in if it is meaningful to the needy poor and it happens to infringe upon their lovely locality. They stand up in areas like mine, the area where I live – and mine is as enlightened as any other area in the country – the educational standard I think is the second highest on a county basis nationwide – and you’re going to get people standing up and saying, ‘I love my fellow man. I am concerned about his housing. But we happen to have a sewer problem here,’ or, ‘We happen to have a school problem. We happen to have six million other problems.’ And they are saying the same thing in those areas as my less educated constituency down on a particular side of the city says, ‘We don’t want no n*ggers here, boy. You understand me?’ And they are just two different ways of saying the same thing. And I have yet to see many local officials who want. to appear in the second version of ‘Profiles in Courage.’ There aren’t a whole lot of them around.

Biden did it again in 1976 while invoking George Wallace. From a March 11, 1976, U.S. Senate transcript from a Banking, Housing, and Urban Affairs Committee hearing, here is the full quote from Biden, again using the n-word:

Biden has had a checkered history with race, and of making racially insensitive comments. He also has had a history of associating with segregationists. It remains to be seen if this problematic history Biden has had with race will come up at Thursday evening’s presidential debate between President Donald Trump and Biden. In fact, even though in the above quote he was bashing George Wallace, Biden even praised the late segregationist in 1975 saying he is “someone who’s not afraid to stand up and offend people, someone who wouldn’t pander but would say what the American people know in their gut is right.”