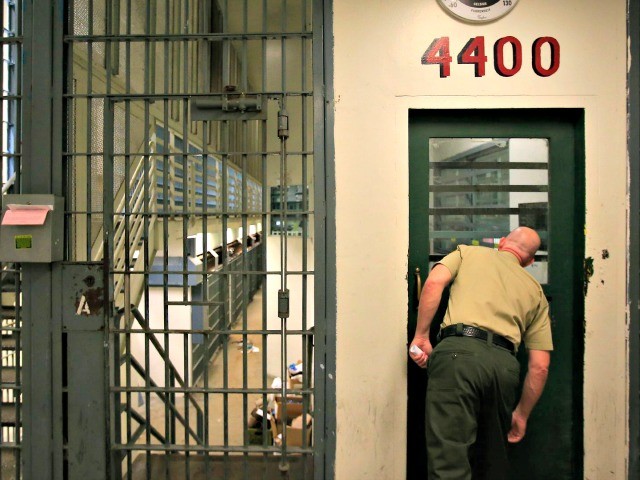 An administration official told Breitbart News that Senate GOP leadership has completed a whip count of the legislation, and that only 16 Republican senators voiced support for the bill–14 of which are already co-sponsors–meaning the overwhelming majority of the conference is either against or undecided-but-currently-unsupportive-of the legislation.

Senate Majority Whip Sen. John Cornyn (R-TX), the second-highest ranking GOP senator in leadership, told reporters on Tuesday he does not believe there is a majority of Republicans in support of the bill. “I believe there’s a majority of the Republican conference that’s either undecided or a no,” Cornyn said.

There are currently 51 Republicans in the Senate, so the lack of support from 35 Republican senators puts supporters of the effort in a tough spot. Senate Judiciary Committee chairman Sen. Chuck Grassley (R-IA), a GOP senator pushing for the bill alongside Senate Democrat Whip Sen. Dick Durbin (D-IL), said at a forum on Tuesday that Senate Majority Leader Mitch McConnell said he would put the legislation on the floor if the bill gets to a place where 65 to 70 senators support it.

From the Associated Press:

McConnell “said, ‘show me the numbers. If it gets to be 65 or 70, I’ll bring it up,’” Grassley said during a forum sponsored by The Washington Post. “We’re there.”

If this whip count per senior administration and Senate GOP officials is correct, wherein 35 Republicans in opposition to or not supportive of the bill, then it is hard to see where supporters of the effort will make up ground while working against a ticking clock.

The current version of the bill also has, as Breitbart News has reported exclusively, a number of loopholes and problems that would allow sex offenders and others convicted of violent crimes access to time accrued credits that essentially allows them early release. While supporters say a fix is in the works, opponents point out that no new bill text has yet been released–so technically the version leadership is whipping has all these problems in it.

With little time left in the lame duck session of Congress, and a government funding battle looming where President Donald Trump is seeking border wall money before the Democrats officially take control of the House in January, there is very little time left for supporters of the FIRST STEP Act to get something done in the Senate. The government funding battle will take up most of the rest of December, as the official state funeral of the late former President George H.W. Bush closed the government on Wednesday–pushing the legislative calendar back where lawmakers are likely to pass a short-term funding bill keeping the government running until right before Christmas, at which point a longer measure will come under consideration.

Rebuilding any momentum or support for another issue like criminal justice reform against that timeframe in the short few weeks before the end of this Congress is very unlikely, several Senate aides tell Breitbart News, so it looks like the matter may get punted to 2019 at the earliest.