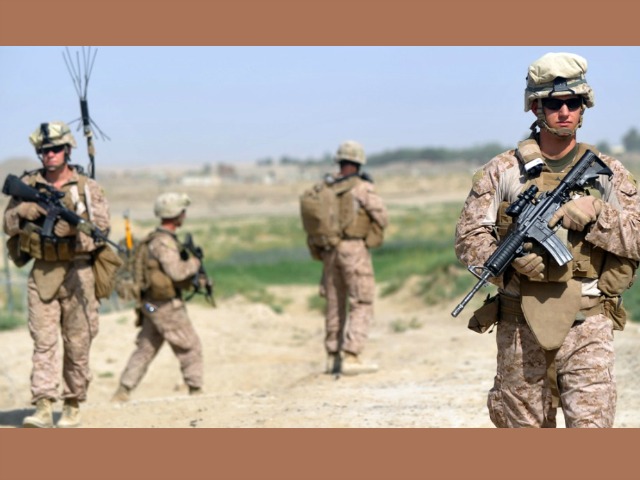 The Republican-controlled Senate on Thursday voted in favor of advancing an amendment from Senate Majority Leader Mitch McConnell (R-KY) to rebuke President Trump’s decision to withdraw troops from Syria and Afghanistan.

The Senate voted 68 to 23 to cut off debate on the amendment, which will allow the amendment will be added to a broader bill on Middle East policy expected to easily pass the Senate next week.

Support for the amendment showed a deep divide between hawkish Republicans in the Senate and the president, who campaigned on a non-interventionist foreign policy platform.

Trump announced in December that U.S. troops in Syria would be coming home. Shortly thereafter, it was reported that he also wanted to withdraw half the troop presence in Afghanistan, though that has not been confirmed.

Sen. Marco Rubio (R-FL) on Thursday argued in advance of the vote that the decisions undermined the two “linchpins” of why U.S. troops are there in the first place — to counter terrorism and the regional threat from Iran.

He said withdrawing troops from Syria and Afghanistan would allow terrorist groups to find safe haven from which to plan terrorist attacks against the U.S. “My number one concern with the decisions that have been made is that it will lead to a safe haven,” he said.

He also said the Islamic State in Iraq and Syria (ISIS) was in the process of reconstituting itself in Syria. “This remains a dangerous group,” he said. He also said Al Qaeda still exists, and is working to expand their reach inside Syria.

Rubio said the amendment would ensure the Senate “play our rightful role in the setting of American foreign policy.”

Secretary of State Mike Pompeo on Thursday told Fox News’ Sean Hannity that the president will make a “significant announcement” in next week’s State of the Union, with respect to ISIS’s “caliphate,” or the land it once controlled.

Earlier this week, Acting Defense Secretary Pat Shanahan told reporters that ISIS would lose “100%” of the territory it once controlled “within a couple of weeks.”

But Pompeo also sought to allay concerns the U.S. would take its eye off of terrorists.

“We also know that in spite of the enormous progress we’ve made and the success that we’ve had, that the threat from radical Islamic terrorism is real and we need to continue to do all that we can to make sure that there’s not a resurgence of ISIS or that all the other variants of that terror regime continue to be under pressure. This administration is committed to that,” he said.

“President Trump has made clear it is a priority for him, and as the Secretary of State, I can promise the American people we will continue to do all that we can to keep them safe from this threat.”