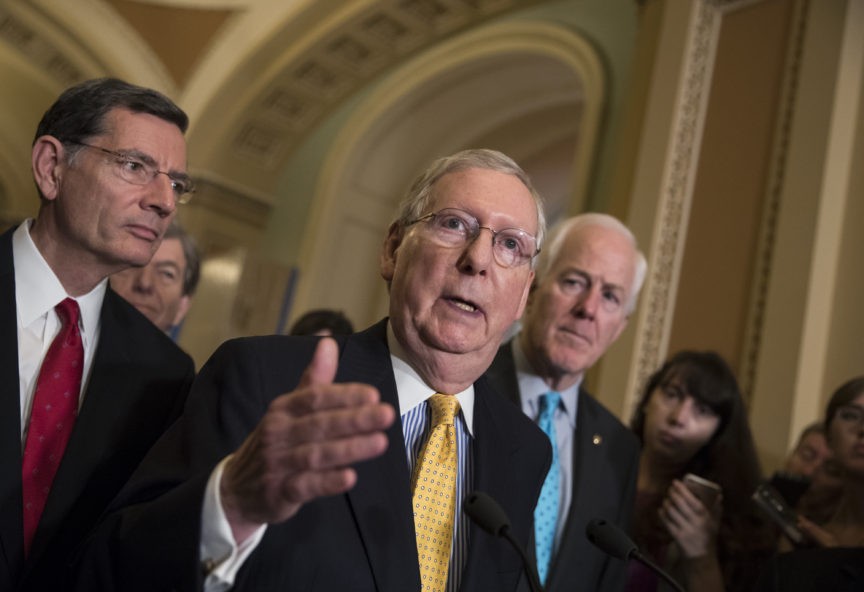 Senate Majority Leader Mitch McConnell plans to schedule consecutive votes this month on two pieces of pro-life legislation, one to ban abortions after 20 weeks of pregnancy, and the other to ensure babies who survive abortion are given appropriate medical care.

On Thursday, McConnell filed cloture on both the Pain-Capable Unborn Child Protection Act and the Born-Alive Abortion Survivors Protection Act, readying for back-to-back votes on the pro-life measures.

“In our hearts, each of us knows that every member of our human family ought to be protected… It’s time to protect these newborn and vulnerable babies.” @sensasse @senjudiciary #bornalive pic.twitter.com/AgqaT62VnQ

“Democrats are proving to be completely out of step with their base on abortion, and they are feeling it,” said Susan B. Anthony List (SBA List) President Marjorie Dannenfelser in a statement sent to Breitbart News. “It’s time they see that consensus is necessary to move forward on this debate in a way that honors American opinion.”

Recent polling shows that most Americans favor abortion restrictions, even those who identify as “pro-choice.”

In February 2019, SBA List sponsored a poll conducted by McLaughlin & Associates, that found 77 percent of Americans support legislation that would ensure babies who survive abortion would be administered the same medical treatment as would any infant born prematurely at the same age.

That outcome included 75 percent of independent voters and 70 percent of Democrats.

A Marist poll released in January found seven in ten Americans, including 47 percent of those who identify as “pro-choice,” want significant restrictions placed on abortion.

In addition, the poll found over three in four of those Americans who say they are pro-choice (78 percent) or Democrat (76 percent) say state laws can protect both mothers and their unborn babies.

The poll also found that 55 percent of Americans want to ban abortion after 20 weeks of pregnancy, when evidence has shown unborn babies can feel pain as they are being terminated.

“These compassionate, common-ground bills would have become law long ago, were it not for extremist Democrats beholden to the radical abortion lobby,” Dannenfelser said, adding that abortion was a significant issue in the 2016 presidential election.

“Hillary Clinton’s support for abortion up to the moment of birth is a significant reason why Donald Trump is in the Oval Office,” she asserted. “Yet, so far, the 2020 Democratic field has taken abortion extremism to a new level, supporting not only late-term abortion, but even infanticide, and demanding that all abortions are paid for by taxpayers.”