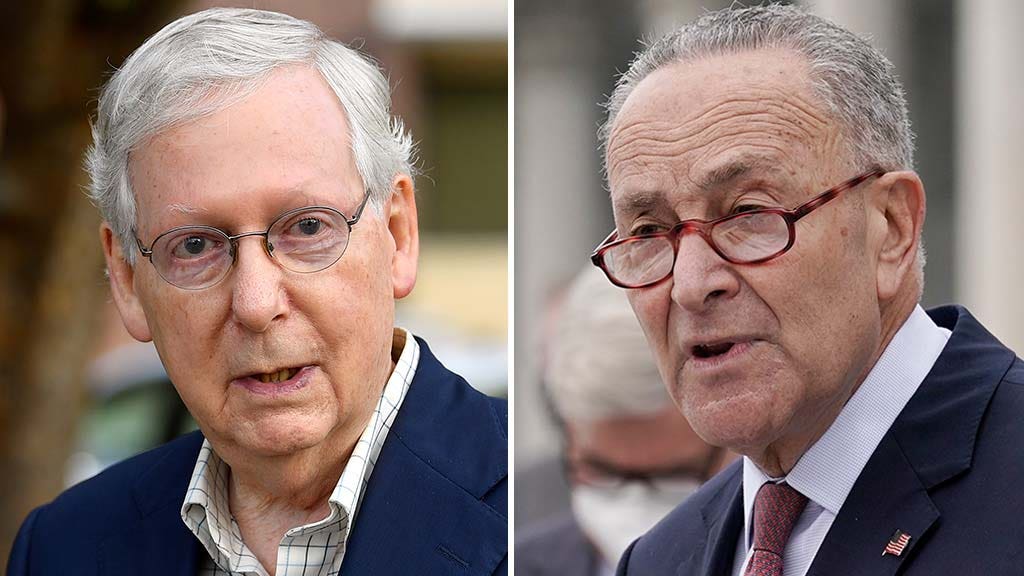 Despite Democrat’s boycott of the Judiciary Committee’s vote on Barrett, Chairman Lindsey Graham pushed forward with the vote, resulting in a 12-0 turnout. But under the committee’s rules, at least two members of the minority party must be present in order for there to be a quorum to “transact” business.

“To call this process illegitimate is being too kind,” Schumer said after the Thursday vote. “Senator Graham has broken the rules of the committee to move forward with a vote on Judge Barrett to rip away health care from millions.”

In response to the Schumer-led boycott of the Judiciary Committee’s vote, McConnell accused Schumer of “lashing out in random ways,” while on the Senate floor Thursday.

“Day after day, our colleague from New York performs the same angry speech with the same falsehoods,” McConnell said. “I’m sorry that he feels the need to constantly say things that are false.”

But Schumer fired back while on the Senate floor, calling GOP Senator’s push to confirm Barrett just eight days before the General Election, a “hypocritical,” a “house of lies” and a “stain” on the Senate.

“McConnell is angry, because we Democrats have exposed that he has defiled the Senate,” the Minority Leader said. “We have the culmination of this Republican majority’s systemic erosion of rules and norms in the pursuit of raw political power.”

The political insults were exchanged as the Senate prepares for a full vote on Barrett’s confirmation to the Supreme Court Monday, which falls eight days before Nov. 3.

Democrats are worried Barrett’s appointment to the Supreme Court could risk women’s federal right to an abortion and the viability of the Affordable Care Act, which is a concern likely confirmed by comments made by President Trump during a CBS 60 Minutes interview released Tuesday.

“I hope that they end it,” Trump told Leslie Stahl in clip the White House released early. “It’ll be so good if they end it,” he added, in answer to a question regarding Obamacare.

Democrats are frustrated by the GOP’s push to confirm Barrett just days before the General Election, which will be the only Supreme Court confirmation in U.S. history to occur within five months of a presidential election.

GOP Senators have claimed that though they blocked Obama’s Supreme Court nominee, Merrick Garland in March 2015 citing concerns over appointing a justice to the high court during an election year, the Republican Party now control the White House and the Senate and argue the circumstances have changed the precedent.

Schumer accused Republicans of “liv[ing] by the rule of ‘because we can.’ They completely ignore the question of whether they should — morality, principles, value, consistency — all out the window.”

The GOP-controlled Senate is expected to confirm Barrett’s confirmation Monday.