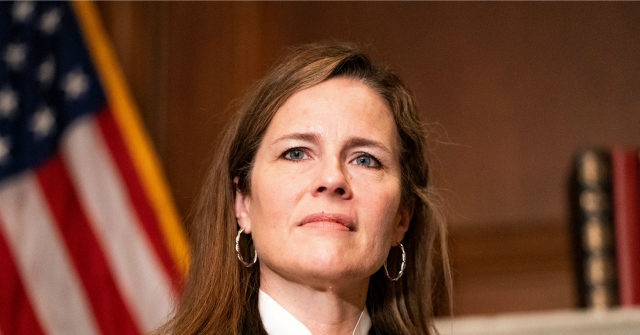 The Senate Judiciary Committee will vote on Thursday to advance Supreme Court Justice nominee Judge Amy Coney Barrett out of the committee for a vote for full confirmation by the Senate next week.

The Senate Judiciary Committee hearing will start at 9:00 A.M. Eastern.

Senate Judiciary Committee Chairman Lindsey Graham (R-SC) said in a statement on Wednesday that is one of the most qualified nominees for the Supreme Court, saying:

Judge Amy Coney Barrett is one of the most highly qualified people to ever be nominated to be an Associate Justice of the Supreme Court. She will faithfully apply the law to the facts without personal agenda and fully understands the difference between an impartial judge and a political activist. I am very glad that the American people during the hearings were able to see the tremendous capabilities and qualifications of Judge Barrett.

The hearings served a valuable purpose in letting the world know how talented and prepared Judge Amy Coney Barrett is to serve on the Supreme Court.  Judge Barrett was repeatedly challenged on the law, her disposition and capabilities. When it came to the law, she soared. She has a judicial disposition that should be the gold standard for all future nominees. And she has led a consequential, well-rounded life apart from the law. It was clear after Judge Barrett’s questioning why the ABA rated her well qualified, the highest rating possible.

Finally, I appreciate the fact the hearings did not deteriorate as they have in the past and become a circus.

She is one of the most prepared people to have ever been nominated for the Supreme Court. America will be fortunate to have her as a member of the highest court in the land.

As to my Democratic colleagues’ refusal to attend the markup, that is a choice they are making. I believe it does a disservice to Judge Barrett who deserves a vote, up or down.

The nomination process took a dark turn in 2013 when the Democrats changed the rules of the Senate for District and Circuit court nominees requiring a simple majority vote. My Democratic colleagues chose to engage in a partisan filibuster of Justice Gorsuch for the first time in U.S. history requiring the changing of the rules regarding Supreme Court nominations. As I said in 2013, I fear over time the rules changes will have a chilling effect on the judiciary and create greater divisions within the Senate.