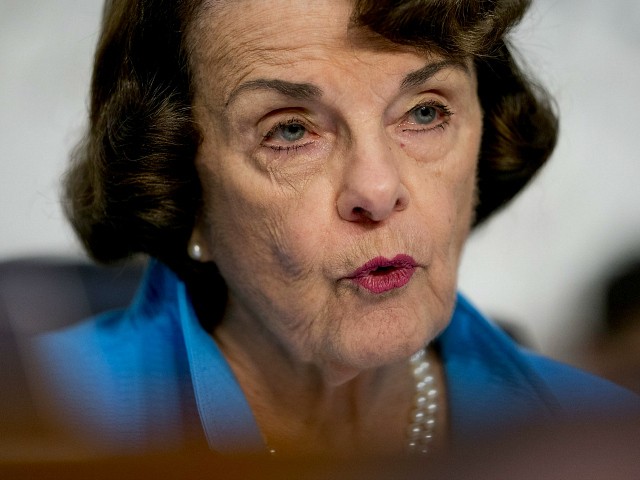 Senate Judiciary Committee Republicans are questioning why Dianne Feinstein waited two months to act on Christine Blasey Ford’s allegations of Judge Brett Kavanaugh groping her in 1982 when Kavanaugh was a high-school teenager.

It would be more politically impactful to confront him on national television during his confirmation hearings — unless she thought the accusations would not survive serious scrutiny.

Feinstein is a smart, tough, experienced senator, but she did not take the shot. Why?

Serious accusations should not be ignored, as the White House has said. Everyone should agree that every human being deserves to be heard respectfully when they say that something bad has happened to them, and people who have honestly suffered must be comforted and cared for. However, the sad reality is that sometimes the accusations are not true, and false accusations can destroy a good person’s reputation and career.

Imagine this scenario: It is Wednesday, September 5, the second day of the nationally televised Kavanaugh confirmation hearings. Every news organization in the country is tuned in as senators begin grilling President Donald Trump’s Supreme Court nominee with questions, which he must answer under oath, on camera.

Chairman Chuck Grassley goes first. Second is Feinstein as the ranking member of the minority. No one has changed the channel yet; it is still the opening part of the hearing.

“Judge, I have a letter in my hand from a woman accusing you of sexual misconduct,” Feinstein could have begun. “And I am going to take all 30 minutes of my time with you today asking you about this on national television. I remind you that you are under oath.”

Many of her colleagues would doubtless have asked some follow-up questions during their turns during the next 12 hours. His answers would have led to more questions, and the Senate Democrats with prosecutorial backgrounds, like Pat Leahy (D-VT), Richard Blumenthal (R-CT), and Kamala Harris (D-CA) could have gone into full attack mode.

Whatever they forgot to ask during the first day of questions would have been asked during the second day.

Kavanaugh would have been under oath. Every word he said would subject him to prosecution for perjury if he lied. It could have been a catastrophe for him — if Feinstein believed the allegations were true.

Democrats would have been protected by legislative immunity. Under the Speech or Debate Clause of the Constitution, because this took place in a committee hearing, Feinstein — as well as the less temperate members of her caucus (e.g., “Spartacus” or Harris) — could have said anything they wanted. They could have declared that he was guilty of committing a felony. They would be immune from lawsuits for defamation, including future subpoenas or depositions.

So Republicans are asking, why did Feinstein not do it?

She did not need time to vet the story. This was not an accuser who saw the hearings in September and decided at the last minute to call the Senate. Instead, Feinstein learned all this in July. She has all the time in the world to vet the story, investigate the accuser, corroborate the charges, and to decide the best angle of attack.

Instead, Feinstein waited until after the hearings — after the cameras were gone, and Kavanaugh was no longer under oath. She waited until the White House and Senate Republicans would have time to craft responses as a team to give coordinated responses.

If she had thought these allegations amounted to a smoking gun, senior Repubicans are thinking there was no reason in the world not to seize control of the hearings while the national cameras were rolling and possibly destroy the nomination.

“It’s disturbing that these uncorroborated allegations from more than 35 years ago, during high school, would surface on the eve of a committee vote after Democrats sat on them since July,” said Taylor Foy for the Senate Judiciary Committee and its chairman, Sen. Chuck Grassley (R-IA). “If Ranking Member Feinstein and other Committee Democrats took this claim seriously, they should have brought it to the full Committee’s attention much earlier.”

Instead, they said nothing during two joint phone calls with the nominee in August, four days of lengthy public hearings, a closed session for all committee members with the nominee where sensitive topics can be discussed and in more than 1,300 written questions.

“I agree with the concerns expressed in the Judiciary Committee’s statement about the substance and process regarding the allegations in this latest claim against Judge Kavanaugh,” said Sen. Lindsey Graham (R-SC). He added that he wanted to see the committee vote on the nomination on Thursday in any event, and so anything further the committee might require “should be done immediately so the process can continue as scheduled.”

Consider next how Feinstein acted after she first heard of the accusations, according to the story that has been told publicly.

The Federal Bureau of Investigation (FBI) gave a closed-door briefing to senators regarding their comprehensive investigation into Kavanaugh. Feinstein reportedly blew it off; she did not even attend, according to sources who spoke with Breitbart News.

Feinstein’s office has not responded to our requests for comment at the time the story was filed.

Feinstein did not tell her colleagues on the Senate Judiciary Committee about the accusations. She could have set up a coordinated campaign with them. The word on Capitol Hill is that Democratic senators are not happy that she did not share her information with them.

They could have brought her in as a witness on Friday, September 7, to tell her account to the nation. But even if she was not willing to go before national television cameras, Feinstein could have made her case during all the other days of the televised hearings.

One inside expert who spoke with Breitbart News said the only plausible explanation was that Feinstein did not think Ford’s accusation would hold up under scrutiny. Otherwise, why not raise what would have been a smoking gun if it were true?

“Judge Kavanaugh is admired in his church, in his community, and in his profession,” said Carrie Severino, chief counsel of the Judicial Crisis Network (JCN). “Throughout his distinguished career in public service, he has undergone half a dozen FBI background checks, and never a whisper of misconduct. Until the eve of his confirmation.”

“Sixty-five women who were his contemporaries during high school have all come out saying that Brett Kavanaugh was and is a man of character and integrity,” she continued. “Countless women who have known Brett Kavanaugh personally and professionally spanning three decades have all testified to his respect for women, his character, and his integrity.”

“Furthermore, Senator Feinstein apparently did not believe the allegations were serious, credible, or relevant enough to share with the FBI or any other member of the Senate Judiciary Committee, even in the confidential background portion of the committee process,” Severino added. “It doesn’t add up. But what does add up is that Democrats are doubling down on a strategy of character assassination, seeking to destroy the life of a distinguished public servant for the sake of appeasing their base.”