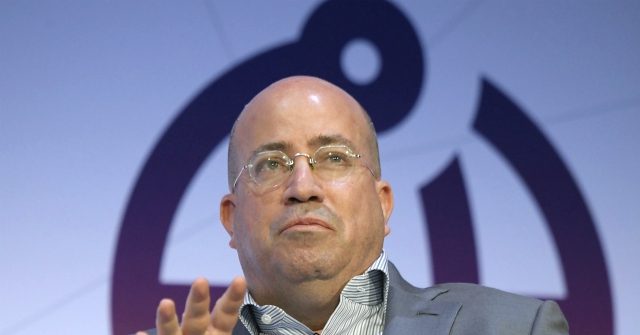 As details emerged about the resignation of CNN president Jeff Zucker after he admitted a sexual relationship with a subordinate, democrats on the Senate Judiciary Committee were holding a hearing on a bill that would allow the corporate media to form a state-sanctioned cartel to protect themselves from online competition.

If the Journalism Competition and Preservation Act (JCPA) passes, big media companies would be able to strike deals with Facebook, Google, Twitter, and other tech giants that would prioritize their content to the detriment of podcasters, YouTubers, Substack authors, and other forms of independent media. The hearing occurred just hours after the news of Zucker’s resignation from CNN, primed to benefit from a potential media cartel, hit the street.

A line in the bill allows members of the state-sanctioned cartel to exclude any company that is not “similarly situated” to them from the benefits of their negotiations with the tech giants.

It would also exclude any journalist who does not have “a dedicated professional editorial staff” that publishes news content on “at least a weekly basis,” effectively excluding independent journalists who run small operations on Substack, YouTube, and other platforms.

At the hearing, the lead sponsor of the bill, Sen. Amy Klobuchar (D-MN) insisted that the antitrust carveout was necessary to protect the news media, even though, as expert witness Dan Gainor of the Media Research Center pointed out, Americans’ trust in the media is at historic lows.

“Corporate media already benefits from better treatment by social media algorithms, than smaller independent outlets,” said Gainor, who had a long career as a local news reporter before joining MRC. “Consolidating their already enormous advantages only makes them even more powerful. And all this happens when Americans’ trust in media is near an epic low.”

“I cannot think of anything the country needs less, now or ever, than a national news media cartel,” said Francis.

“Cartels are the supreme evil of antitrust,” continued Francis. “They are so reliably harmful that we extradite and imprison people who form them, they are automatically illegal in civil litigation with no justification allowed at law, and for decades, the justice department has had a flagship policy project of fighting cartels and opposing exemptions just like this one.”

Prior to this hearing, the JCPA had been condemned by a wide swathe of policy experts and journalists from across the political spectrum, including FCC commissioner Nathan Simington, communications law expert Prof. Adam Candeub, award-winning independent journalist Glenn Greenwald, and the liberal advocacy organization the Electronic Frontier Foundation.

House GOP leader Kevin McCarthy has called the bill the “antithesis of conservatism.” The bill has been strongly opposed by Rep. Jim Jordan, and Sens. Marsha Blackburn, Marco Rubio, and Tom Cotton.

As Senate Democrats and media lobbyists present at the hearing attempted to explain why the discredited establishment media — which already makes hundreds of millions to billions of dollars through online subscriptions — needs bailing out, CNN hosts debated the network’s latest sex scandal, which felled company boss Jeff Zucker.

New York Magazine, another liberal establishment outlet that would benefit from Sen. Klobuchar’s media cartel bill, admitted that Zucker’s relationship with his subordinate was “one of the biggest open secrets in media,” kept hush-hush by corporate media journalists until now.

According to reports, Zucker’s relationship only came to light because of allegations made by the legal team of former top CNN host Chris Cuomo, who was fired from the company due to his own sex scandal.

As this was unfolding, Dan Gainor of the Media Research Center was trying to explain to Senators that the media industry they were contemplating bailing out has never been less trusted by Americans.

“According to Gallup, Americans’ trust in media to report the news fully, accurately, and fairly has fallen to just 36 percent,” said Gainor. “For Republicans, that number stands at 11 percent. Why then are we bailing out corporate media, when ordinary Americans would rather find new sources of information?”

“The New York Times just spent $550 million in cash purchasing The Athletic, which according to journalist Aron Pilhofer, covers 270 plus sports teams in more than 47 local markets,” continued Gainor. “The Times has placed itself in direct competition with every local news site for the same pool of subscribers.  The Times already has more than 8 million paid subscribers… So why are we helping them?”

“The Washington [DC] area used to have a thriving chain of community weeklies. The Gazette was founded in 1959 and grew to a 550,000 circulation in suburban Maryland. They were closed down by their owners, The Washington Post, in 2015. In 2021, the Post achieved record-breaking digital advertising. It’s also owned by Big Tech billionaire Jeff Bezos. He purchased the company in 2013, two years before it killed the chain of weeklies. So why are we helping them?”