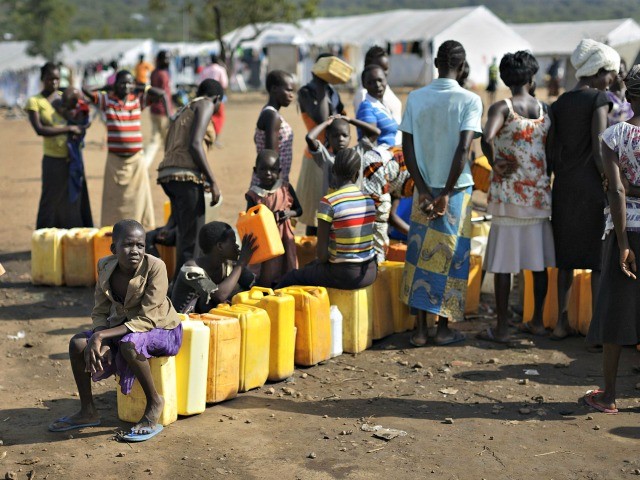 A group of Senate Democrats and a handful of establishment Senate Republicans are demanding President Trump import at least 80,000 foreign refugees every year.

In a letter signed by 21 Senators — including Senators Elizabeth Warren (D-MA), Kamala Harris (D-MA), Sherrod Brown (D-OH), Dick Durbin (D-IL), Orrin Hatch (R-UT), Mazie Hirono (D-HI), Lisa Murkowski (R-AK), and Cory Booker (D-NJ) — Trump is requested to import nearly four times as many foreign refugees to the United States next year instead of the less than 22,500 refugees that are expected to be admitted.

The Senators complain in the letter that last year, the U.S. brought in only about 22,500 refugees:

The global community currently faces one of the largest refugee crises the world has seen. More than 25 million around the world have fled their homes and countries due to war, famine, and persecution. These are some of the world’s most vulnerable individuals, and more than half of them are children. [Emphasis added]

Yet in Fiscal Year 2018, the U.S. resettle only 22,491 refugees, in stark contrast to the annual average of more than 80,000 refugees resettled per year since the enactment of the 1980 Refugee Act. [Emphasis added]

The Senators say that reducing inflows of refugees to the U.S. “threaten the position” of the U.S. around the world, though the lawmakers do not mention the national security risks to Americans associated with large foreign populations using refugee resettlement to enter the country.

“We urge the Trump administration to reconsider [reducing the inflow of refugees] and instead reaffirm the U.S.’s commitment to a robust refugee admissions program,” the Senators conclude.

Democrats Seek to Import 5X the Number of Foreign Refugees to the U.S.https://t.co/9ff4dvrUL2

The Democrats’ plan is designed to aid the multiple refugee agencies that profit from high numbers of foreign refugees entering the country. The plan is also geared towards placating the party’s open borders base.