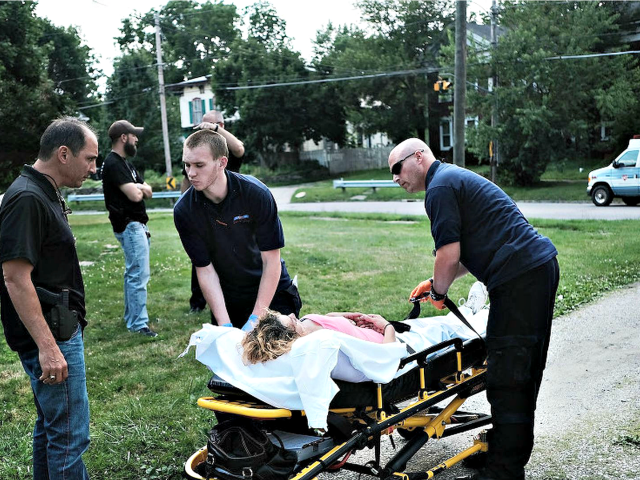 On Monday, the Senate approved broad legislation against the opioid shipments from China and Mexico that Trump called “almost a form of warfare.”

The new guidelines sailed through the Senate with an overwhelming 99-1 vote. “This legislation will help cut off the opioid crisis at its roots,” Senate Majority Leader Mitch McConnell (R-KY) said in a statement. “It will stop more drugs at the border, improve interstate monitoring, and encourage reform of prescription dosing.”

Senator Mike Lee (R-UT) was the only senator to disagree, lambasting the decision to create “unaccountable federal grant programs [that] aren’t going to help much,” in an approach that he described as “throwing money” at the national problem. Though Lee praised the efforts combating the opioid epidemic, he said they should not have been “lumped together with dozens of other bills in this 350-page package.”

“It is not an accomplishment for us all to go home and pat ourselves on the backs for spending vast amounts of money on a large, blanket, federal spending package if it will not actually accomplish its goal, laudable though it is,” Lee said. “What we ought to do is focus our efforts on the state and local level – where we can best tailor our solutions and effectively reach people succumbing to the grip of the opioid crisis. American lives depend upon it.”

The Synthetics Trafficking and Overdose Prevention Act (“STOP” Act) will now return to the House of Representatives, in order to finalize its language. The bill will cost about $8 billion in total. It contains new instruction for federal agencies with regard to opioids, and restrictions against the synthetic opioid fentanyl, among others, in hopes of cutting off excessive shipments to the U.S.

President Donald Trump has previously praised the effort in a tweet: “It is outrageous that Poisonous Synthetic Heroin Fentanyl comes pouring into the U.S. Postal System from China,” he said. “We can, and must, END THIS NOW! The Senate should pass the STOP ACT – and firmly STOP this poison from killing our children and destroying our country. No more delay!”

It is outrageous that Poisonous Synthetic Heroin Fentanyl comes pouring into the U.S. Postal System from China. We can, and must, END THIS NOW! The Senate should pass the STOP ACT – and firmly STOP this poison from killing our children and destroying our country. No more delay!

The opioid epidemic has proven itself a deadly foe. The Centers for Disease Control and Prevention estimated that about 115 people die every day from overdose. In 2016, 42,000 people were killed by opioids. “It’s a disgrace,” Trump said. “And we can stop it.”

After the vote, House Speaker Paul Ryan (R-WI) offered a statement, saying: “Helping people suffering at the hands of an opioid addiction has been one of the great causes of this Congress.”