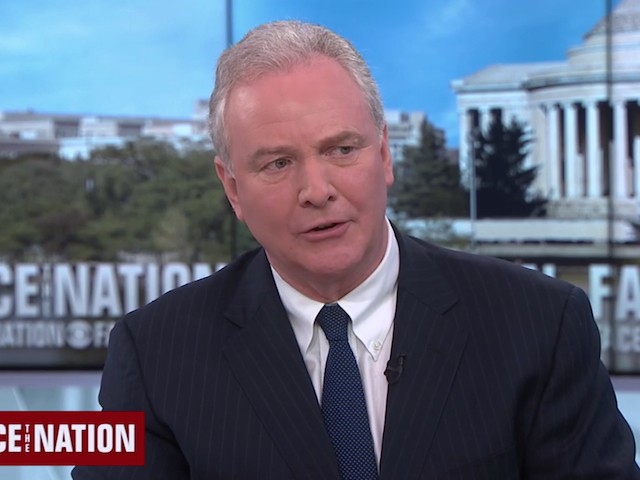 Van Hollen said, “Look, I think Hillary Clinton was saying is that Democrats are in a pitched battle on very important issues and we need to fight hard. Nobody goes lower than Donald Trump. That is a bottomless pit. No one is competing with that. He gets up in his rallies, ‘go beat the crap out of them,’ he says ‘lock em up.’ I don’t think voters independent voters like that.”

He added, “Donald Trump when he says beat the crap out of them at a rally then says I’m going to pick up your legal bill, look the guy knows no bottom. But the reality is, what Democrats are saying is that we are locked in a pitched political battle, and we are going to engage fully. This is political trench warfare, and we’re going to engage in that battle. That’s why Democrats in the Senate are doing a lot better than people expected us to do more than a year ago.”