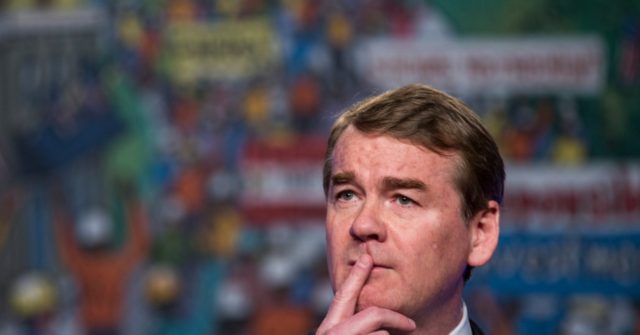 Bennet began by admitting the Virginia Beach shooter bought his guns “lawfully,” which means he passed background checks. He then criticized McConnell for not allowing a vote on background check legislation.

Again, the shooter had to submit to at least one background check to get his guns. Yet Bennet is criticizing McConnell for not voting on legislation that would also require background checks on private gun sales.

We should pass those background checks, 90 percent of the American people support it, but we know what’s going to happen. Which is, the House has passed it but Mitch McConnell will not allow it to come to vote in Senate, and we will not have national background checks.

Ironically, the U.S. has had national background checks since 1998.