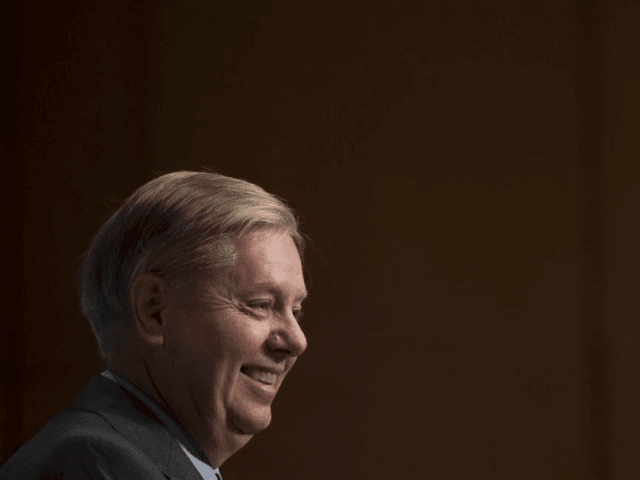 South Carolina Senator Lindsey Graham took a shot at Sen. Elizabeth Warren by telling Fox News on Tuesday that he intends to take a DNA test because he thinks he can “beat” the Massachusetts Senator’s amount of Native American heritage.

“I’ve been told that my grandmother was part Cherokee Indian, it may all be just talk, but you’re gonna find out in a couple of weeks because I’m gonna take this test,” the Republican senator said on Fox and Friends.

“She’s less than one-tenth of one percent, I think I can beat her,” Graham said of his Democrat colleague.

Warren released the results of her DNA test claiming it “proved” that she had Native American blood in her past, but the actual results show but a tiny 1-1,024th percentage of Native heritage meaning that the closest Native American relative she may have goes back four generations. This makes a lie of her various claims that her mother or grandmother are Cherokee Indians.

Furthermore, the 1-1,024th percentage finding does not even qualify Warren for membership in any Native American tribe. Most require at least a quarter relationship to the tribe to belong as a tribe member.

The leaders of the Cherokee Nation were also unhappy with Warren’s DNA testing announcement.

Cherokee Nation Secretary of State Chuck Hoskin Jr. slammed the whole discussion calling it a mockery in a Monday statement.

A DNA test is useless to determine tribal citizenship. Current DNA tests do not even distinguish whether a person’s ancestors were indigenous to North or South America,” Cherokee Nation Secretary of State Chuck Hoskin Jr. said. “Sovereign tribal nations set their own legal requirements for citizenship, and while DNA tests can be used to determine lineage, such as paternity to an individual, it is not evidence for tribal affiliation. Using a DNA test to lay claim to any connection to the Cherokee Nation or any tribal nation, even vaguely, is inappropriate and wrong. It makes a mockery out of DNA tests and its legitimate uses while also dishonoring legitimate tribal governments and their citizens, whose ancestors are well documented and whose heritage is proven. Senator Warren is undermining tribal interests with her continued claims of tribal heritage