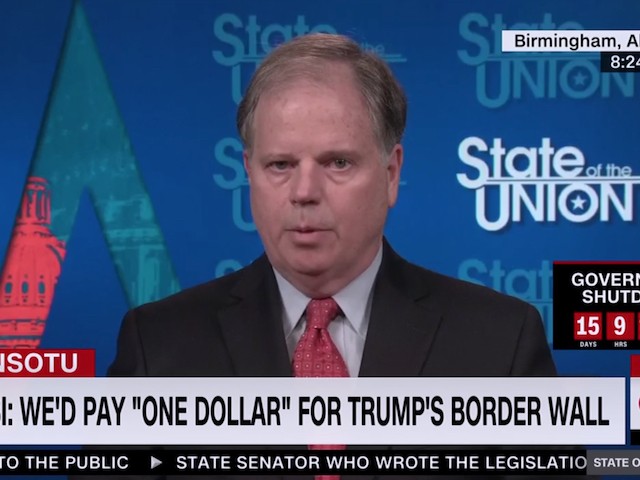 Sunday on CNN’s “State of the Union,” Sen. Doug Jones (D-AL)  said he did not believe President Donald Trump should shut down the government over funding for a wall on the U.S.-Mexico border.