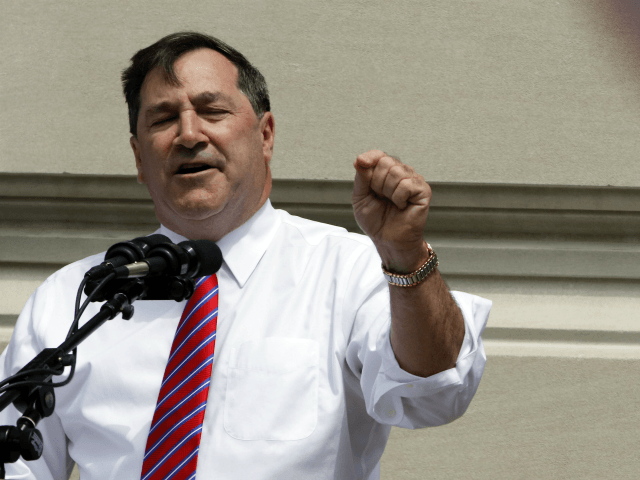 Sen. Joe Donnelly of Indiana told voters during a debate Monday night that he is a “pro-life senator” who ensured federal taxpayer funds were never used for abortion services.

In August, however, the Democrat voted against Sen. Rand Paul’s amendment to a Senate appropriations package that would have defunded Planned Parenthood.

All Democrats, including Manchin, Donnelly and other 2018ers, voted against defunding Planned Parenthood. So did Collins and Murkowski; rest of GOP supported stripping funding https://t.co/v6bGeMGpaB

The Hyde Amendment supposedly ensures federal taxpayer funds are not used directly for abortions, but national pro-life leaders say voting to fund Planned Parenthood means the nation’s largest provider of abortions can free up other monies for abortionist salaries and other abortion-related expenses.

Donnelly is in a highly competitive race to retain his seat in the U.S. Senate. His GOP opponent, Mike Braun, asserts he will support legislation that states life begins at conception.

“Vulnerable Democratic Senators have betrayed their constituents yet again by voting to fund abortion giant Planned Parenthood, and will be held accountable at the ballot box,” said Marjorie Dannenfelser, president of SBA List.

Democrat Senators in states won by President Trump cannot get away with presenting themselves as moderates any longer, and self-proclaimed “pro-life” senators like Donnelly and Manchin should be especially ashamed of caving to the abortion lobby and extremists in their party. They have betrayed their constituents and will be held accountable at the ballot box.

“In more than nine times out of ten, Planned Parenthood resolves pregnancy with abortion,” Dannenfelser said. “They are clearly an abortion-centered, profit-driven business – yet taxpayers are forced to fork over nearly $554 million each year to their coffers.”